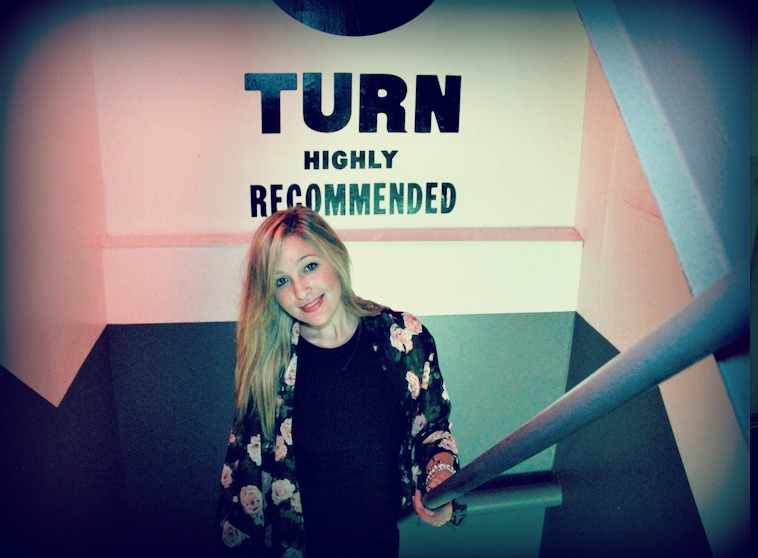 This is my 4th year in New York City. Before I moved here, I figured I would last only 4 minutes. I booked a one-way ticket, but before leaving the airport, I asked the lady behind the JetBlue ticket counter how many miles I would need for another one-way ticket back to Sunny Boca Raton, Florida. My parent’s house may not have screamed adventure but it was warm and my mom cooked me dinner at night and all of that kind of stuff.

I arrived in NYC and there was snow. There was also this idea in my head that people came to New York City because that’s what they were supposed to do. And then once they got married, or sick of not having a savings account, or waited until 4 years passed, they were to return home.

I arrived thinking that New York City was just a rest stop. A place you pulled over and spent some time at while you figured out where to go and what to do next.

I didn’t come to New York City to live some kind of cliché. I never wanted to move here. The two times I visited the place before, I thought the buildings were too high and the sidewalks were too wobbly. I stepped in a pile of pee, which I was certain was human pee. A guy doing cartwheels on a moving subway train almost kicked me in the head. Who would want to move to New York City after experiencing that?

Sure, the pizza was phenomenal. But I didn’t have fancy pizza taste. I would be fine living my life eating Dominos or Pizza Hut. 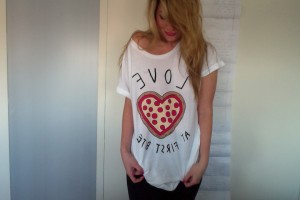 I also didn’t move here because I thought my life would become a Cinderella story. My life isn’t a fairy-tale. It’s more like a romantic horror story where girl almost gets the guy and then realizes the guy is an alien sent from mars and has to go back to his home town, but only after he’s exploded his guts anywhere.

I moved to New York City because I didn’t like myself and back then, I thought the best thing you could do when you don’t like yourself is move some place you don’t like either.

Not because then you and the place can hug each other in a steep, dark, depression. No. Because, I thought, when you surround yourself with so much ughhhhh the only thing you can do is start figuring out ways to get better.

If you’re partially content with your life, while the other half is in the slums, you’ll never change. You’ll hang on to the good parts, like a wiggling baby tooth, hoping those things carry you through life. I don’t like my job or my living situation, but I do like my friends in town. That’s what you’ll say to yourself as an excuse to not change, to think that life is OKAY.

Life should never just be okay.

Life should also never be a fog of depression.

Which it what it was before I moved.

So I bought that one-way ticket and found some girl to let me sublease a room in her apartment for 4 months (which turned into 4 years, bless your heart, Kerri).

So I left that airport, after giving the flight attendant a wink, hoping she’d save me seat 8b for a night flight back home, and I slammed into a fire hydrant. 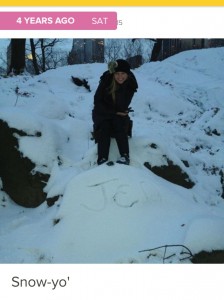 I didn’t see the fire hydrant because it was covered in snow and I had never seen snow before. I knew what snow looked like. But I had never touched it. I was wearing sandals and a shawl that you wear to temple as a scarf.

I get asked all the time, “how much longer do you plan to stay in NYC?” As if, like my body, there is some kind of clock attached to it.

I don’t like to answer that question. I’d much rather tell you why I think I’m still single (I tend to like guys that are flashing road blocks, I hardly go on dates, and I’m madly in love with my career) then give you an estimate of when I’ll ditch the big apple and “settle” down some place else.

The other night, I fell into a fog of sadness.

It was 7pm. It was freezing cold. I was starving. I over drafted my bank account for the second time..that day. I didn’t have more than $5 in mixed change in my wallet. I was alone. I was so lonely that I started stopping in front of restaurants and staring at strangers eating. I smiled widely at them. I drooled over their bowls of clam chowder.

But after the manager of the restaurant shooed me away, I continued walking home and thought that New York City is a really great place for people who want to mess up their lives, every couple of years.

It’s a place that belonged to so many people in the past, who came and who went.

But right now, it belongs to me.

This places holds me together, like a good pair of Spanx. It knows the curves of my secrets and the jiggles of my most epic mistakes. It hides me when I have a full blown mental breakdown on 34th and 6th avenue in front of a group of tourists with fanny packs and DSLR cameras. Because while anywhere else, I’d be a sight to see, here I’m competing with the Empire State Building.

It’s a place that teaches me, every single day, that life shouldn’t be a 9-5 kind of okay. It should be filled with a sense of happiness.

And do you want to know what I know after 4 years in New York City?

Happiness is walking alone. Lonely. Starving, with 4 dollars in the bottom of your fake leather purse, with a voicemail from Bank of America because they want you to know you over drafted your account..for the second time that day.

Happiness, is walking two streets past your home to hug hello the pizza guy who calls you up to see if you’re okay if you haven’t been by in two days.

It’s getting eye rolls from the librarian across the street from your apartment, who by law, has to let you inside the place, but for 4 years, wishes she didn’t have to.

It’s having the doorman of your apartment building call you Kimmy, because he thinks that is your name and you haven’t, in 4 years, told him its not.

It’s knowing that even when you’re at your worst, and you are, sometimes, that this city has streets you can walk (for free) and museums you can stroll through to get your mind off your world (for free) and people you can talk to – and I’m not talking about those with degrees or fancy titles like therapists have – I’m talking about complete strangers on park benches who will give you the kind of advice that will shake up your world.

Being happy, here, now, is looking at back at where you were and who you were four years ago and wanting to wrap your arms around something in this city and scream THANK YOU. Sure, I had $5 then and I only have $5 now – but now, I don’t get as lost as I used to when riding the subway and I know when there is a pile of human pee in the sidewalk, that I’m better off doing an Olympic gymnast type leap over it then stepping in it and having it stain my white jeans (pee doesn’t come off pants so easily).

Being happy, here, is hearing someone ask you when you’ll be ready to leave and you feel your heart screaming, “no, no, no, we’re not ready yet.”

I’m not ready to leave you, New York City. I feel like things are finally starting to make sense.

FROM GOING TO A CONCERT ALONE

“I don’t care if I’m cool or not. I’ve always been kind of an awkward person anyway.” – Chris Carrabba     I went…