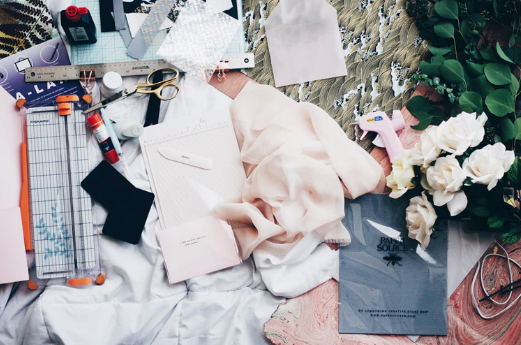 “Portland?” he barks back, the words clumping in his throat, like he’s trying to cough up a quarter.

“Yeah,” I say, as casually as one tries to say things when they are trying their hardest to keep their cool, so no doubt, emotion, fear, or fright shows. “I’ve never been, but, you know, why not go for a month?”

“You’re not the Portland type,” he says, looking up to the ceiling, as if he’s trying to give me some sound advice about going, or not going, or just a confession of his findings that I’ve already gone…insane.

“I see you more in California.”

I’ve heard that before, I mumble.

“You are more like a tiny, funky, calming area between Santa Monica and Venice,” he says, and I smile, because perhaps no better description of me has ever been said.

And then I remember that on my walk over to meet my friend, I loudly grunted at a conglomerate of tourists who decided to stop in the middle of seventh avenue, blocking all sidewalk traffic to get to eighth avenue, which caused me to plow into one of them, scream ughh at all of them, before going along on my merry New York City walk around like town like I owned the place.

Which made me remember that just a few days ago, I described myself as a poodle turned pitbull, because I’ve lost the ability to take stuff from anyone, always standing up for myself in the most brash and at times, overbearing way. I have a comeback for everything and the people who once knew me as a polite and shy Floridian, would bob their heads in disbelief over the tough-talking New Yorker I’ve become.

It’s scary because what if I get off this plane and hate Portland? What if the people of Portland hate me because I don’t have the patience to wait in lines and I no longer understand traffic rules and I’m used to saying, NO YOU! When someone shouts at me to go f* myself?

On the car ride to the airport, I was silent. I heard my luggage clunking in the trunk, and banging against the seatbelt in front seat, and my boyfriend next to me blabbing on the phone, and I looked at myself in the rear view mirror and noticed that even though I brushed my hair what felt like just a minute ago, my hair looked like it hadn’t been brushed in a very long time, and I thought to myself, to myself in my head, that it doesn’t take someone adventurous to live in a new state every month, it takes someone who is a bit of a mess, who is trying to not disclose how much of a mess they are. So they go, and they smile a lot when they are there, and they hope that people think of them as Mrs. California, when maybe they are more like, Mrs. Planet Mars.

So instead of reaching into my suitcase and finding my brush, I shook my head like a wild woman and I sat back, and squeezed my eyes shut.

Are you ready, for me?

FROM I RESOLVE NOTHING

I’ve never kept a New Year’s Resolution before. Except my recurring one to eat more pizza. But that was easy to keep because I’m…