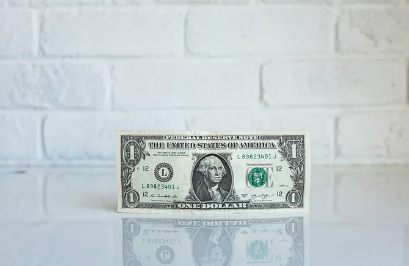 My first three jobs out of college involved a lot of bad things and not even a tiny peep out of me to stop any of them from happening.

Standing up for myself wasn’t an option (or so I mistakenly thought) because I didn’t care much about myself back then.

I cared about the paycheck, and the fact that somebody, somewhere, took my B.A. degree in English and my bare-boned resume seriously enough to hire me to work for them.

I left college in a rut.

I didn’t have any job offers, despite sending out generic applications to 50 different companies, where I expected to at least get interviews with 46 of them, but got none. I left my dorm room freedom to move back in with my parents, and I didn’t have more than $400 in my savings account, which could hardly buy me a one way ticket out of this situation to anywhere far away enough to start over.

So I took jobs at places, with people, who said things and did things that would make any normal level-headed person get up and leave, but I didn’t. I stuck around, and flush-faced laughed when I should have said, “That’s not okay with me.”

During my first job, I worked as a consultant for a sorority, and traveled to different colleges to work with the women who were members of that sorority. I was told to sleep in a closet, on a floor, tricked to leave the house so the members could do things they didn’t want me to see, and sometimes treated me in a way that I’d never treat anyone or anything….ever. But I didn’t quit, because it was my first job out of college and because I didn’t know people quite like I know them now, which is to say that back then I thought standing up for yourself was something you did when people respected you, but really it’s just something you do when you respect yourself, and it’s what you often have to do in the presence of people who don’t respect you at all.

During my second job, I allowed a female boss to treat me worse than dog poop, the dog poop I was tasked with picking up around the office, when I should have been writing for the magazine, like she promised me. She once yelled at me for laughing with a co-worker, on a Friday at 4pm, saying that my job was not to laugh with co-workers, on a Friday at 4pm, it was to work. She also told me that being a writer was something I wasn’t good enough to be. I’m thankful for her in so many ways, really I am. Whenever you have the chance to have a starring contest with a person who tells you that you’re not good enough, hug them, and then, leave them.

During my third job, I had a male boss that made coming to work feel like a nightmare. I can’t remember what made me feel worse – his outrageous sexist comments and actions – or the tasks he’d give me to flirt with people at events on his behalf. I do fully believe he hired me only because of the way that I looked, which isn’t to say I was some bombshell looking human being, but back then, I worked hard to look as good as I could look. He constantly put down other women or said remarkably disgusting comments about women to me. And quitting this job, a year and a half later than I should have, was one of the best days of my life.

I do believe good things come from really bad situations and the best thing to come from the Harvey Weinstein case is that more and more women, including myself, are finally feeling the courage to say, “me too” and of course, never again.

Back then, what made it so hard, was the pressure to make money, keep the job, impress people I thought I needed to impress, and of course, the feeling of being alone. That nobody, anywhere, was going through anything similar, yet the more people I talk to about these three jobs, when I have the courage to talk about them, always say, “me too”, as if bad workplace stories are as common as bad first date stories.

And it’s such a shame because we all work so hard to get what we deserve, yet so many times, we all find we work so hard, to only work harder to suppress the things people have done or said to us that were just not okay, while we were just trying to work.

We were just trying to work.

FROM THE FIRST WEEK OF MAY

Here’s a round up of my favorite things from the first week of May! Check back every Friday for a new list of 7…