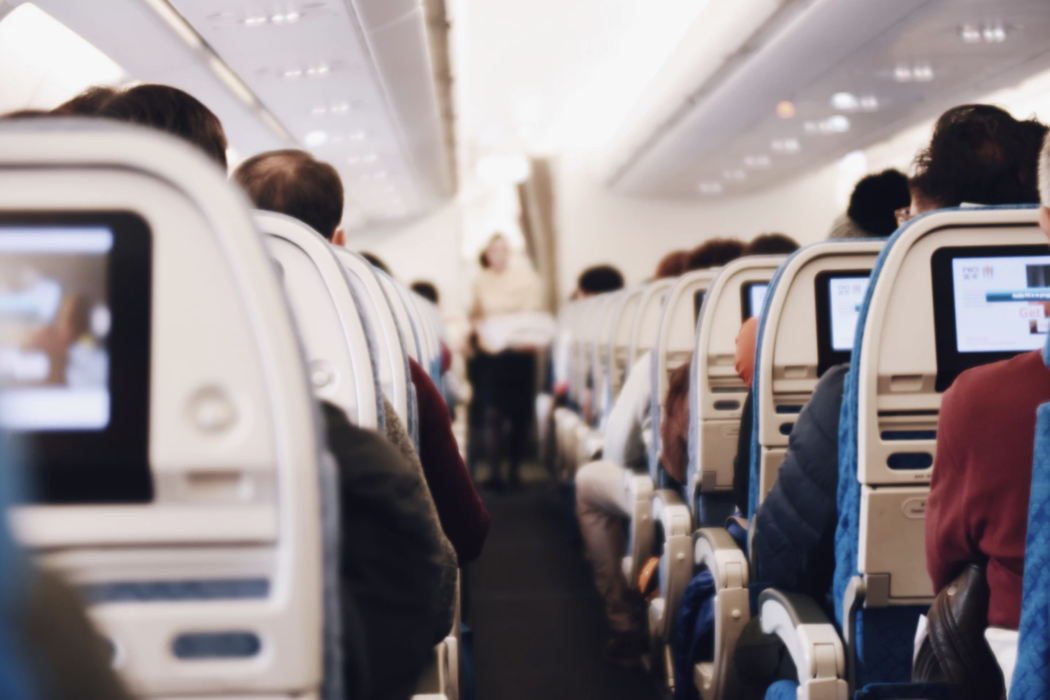 I don’t mean to catch eyes with the guy sitting in the middle seat, but it’s a long plane ride home to Florida and the wifi isn’t working and there’s nothing but the news on TV, so If I don’t want to keep my head in the clouds for three hours, I sort of have no choice but to look at him.

And he looks at me, and then down at his empty bag of pretzels, and then back up at me, until finally, he says, “I’m going to be on TV this year.”

And I smile and take a deep breath because it’s no fun wrestling with yourself over opening liners and conversation starters, and awkward laughs, before just finally opening up and saying hello to a person you just want to speak to.

“Oh yeah?” I fire back, eager to hear this guy’s life story. From our staring contest, I determine he’s no older than 23 and has better style than I could ever have. His phone cover is covered in bedazzles and feathers, and mine is clear.

“Yeah,” he says, without a pause. “That show Pose. Have you heard?”

I haven’t and he tells me all about it, how he’s a dancer and how he is trying out the show in a few weeks.

We talk for an hour and a half until the wheels of the plane hit the tarmac, and the passengers behind us rush off the plan.

I tell him he’s going to do great. I ask him to remember me when he’s famous and I watch him on the TV.

And I smile because there’s a human being much younger than I am with more confidence than any of my own baggage. He’s talking about what he’s going to do like it’s a done deal and I can hardly talk about what I’ve already done without adding on an “oh, that’s no big deal…”

Talk about the things you want to do like you’ve already done them, especially when you’re talking to yourself – which isn’t a weird thing to do – because then it feels right, it feels true, it makes you feel confident – like my friend Charlie – who already believes he’s a superstar, and rightly so, my new friend, rightly so.

I used to wait to make my New Year resolution until the last ten seconds of December 31st. How is that for living on…