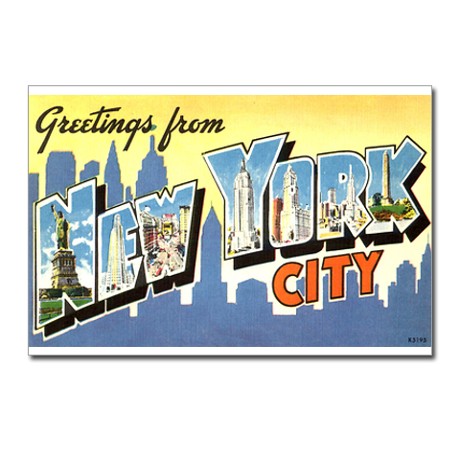 “I love New York, even though it isn’t mine, the way something has to be, a tree or a street or a house, something, anyway, that belongs to me because I belong to it.”
― Truman Capote

New York City used to be mine. It’s a lot of peoples. Like the guy who is always out there at 6am selling fruit on the corner of 31st and 3rd Avenue. Or the lady whose entire life fits into a medium sized brown suitcase that she uses as a pillow when she makes the doormat of the library her home. Just as much as this city belongs to the guy who works in finance, draped in Ferragamo, or the artist staining the walls of a Lower East Side building.

You had never been here before. New York City for you was just a tiny postcard of the Empire State Building that clung on to your stainless steel refrigerator.

Sometimes, when I would be walking around here late at night I’d call you, and from thousands of miles away, you’d ask me if anyone in New York City was scared of anything.

And I remember seeing a man crying on a bench and a women across the street worshiping her phone trying to figure out which way was west, before I told you, most people here are terribly afraid of being alone.

We held hands as I showed you 5th avenue during Christmas time. As the lights of the Rockefeller tree and the glow of Times Square tried to hold us underneath their spotlight.

You know, I said, as your warm hands pressed against the chilled glass of Macy’s decorated windows, people travel from all around the world to see this.

We did circles around Chinatown before eating our way through Little Italy. We climbed up the stairs of the NYPL and watched cotton balls of snow stick to the ground outside. We sat for hours next to the dinosaur fossils in The Museum of Natural History before I took you back to the airport. Before the very last time I’d ever see you again.

Seasons, unlike people, will always be there for you.

And so now it’s winter again and the lights that drool off buildings and the smell of peppermint and the tourists who stop and stare into the windows, desperate for some kind of connection to this place, make me desperate for you.

I found myself, with someone else, on the very same corner where i bought you a cup of earl gray tea last year.
And I don’t remember that corner because it was where I accidently spilled the tea all over my tights and instead of being mad, we laughed until the tea turned cold and my legs turned dry.

But because it was the same spot that you asked me again how people could possibly ever get lonely here. You told me, as if this city was starting to become yours, that every block, every building, everybody that we passed had some kind of story.

You’re right, I said, because it would only be months after the phone calls stopped coming and the text messages stopped buzzing that I’d realize what makes this place so lonely is when everyone goes home. When the people, the places, the things just melt into memories.

I’ll rest my head on the crescent shaped moon where the side of your face meets your shoulder, and I’ll patiently count the seconds…