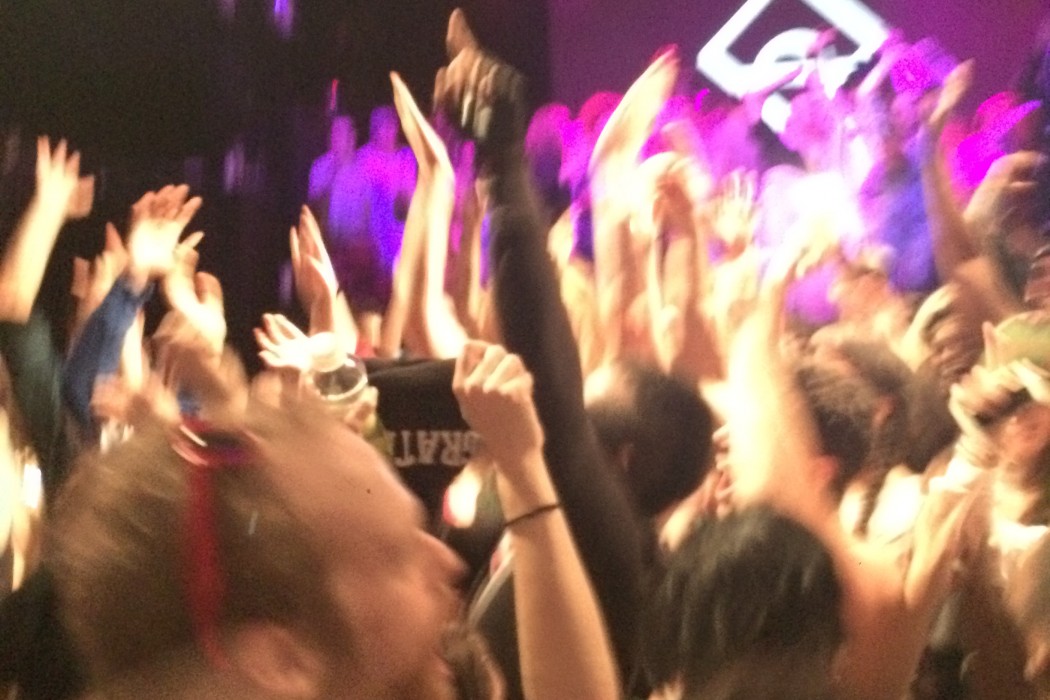 I am scared to be alone. I don’t know how to go to events alone.

I’m not talking about eternal single girl stuff here. I’ll save that for a future Valentine’s Day rant. I’m talking about going to places alone – like parties, events, even out to dinner where I’ll have to tell the hostess to take away the other table setting because nobody else will be joining me this evening.

Why is going alone places so scary? For me, it’s because I never know what to do with myself and I always feel like everyone is looking at me, the second I walk in the door, and saying “Oh no, look at her. She came here alone?”

I go to networking events or a new friend’s party and I stand in the corner, playing with my cellphone, smiling creepily at groups of people talking, and fidgeting with the split ends of my hair, as if they have some kind of magic power that will cure my awkwardness.

I don’t want to be this kind of person anymore, I told myself last week when I decided NOT to go an event in Queens, and order sushi to my apartment instead.

I kind of wanted to go to this event – and by kind of, I mean I really wanted to go. I planned to go for months and when the week of the event arrived, I texted every single person I know in NYC (which is a grand total of 5 people) and asked if they wanted to go.

But people are busy, or they don’t feel like taking a train for 45 minutes into the deep edges of another borough or they simply don’t want to.

What you find exciting and rad, everyone else may find blahhh.

So I missed the event and drowned my tempura sweet potato sushi roll in enough soy sauce that it dripped all over my white t-shirt and I looked like I was in the middle of an art project, when really I was just eating my dinner, alone, all dressed up with no place to go, and no one to go with.

I decided to change this ASAP and do something drastic. Go somewhere so scary and so out of the box weird, that if I could go there by myself, then I’d be fine to go to a simple house party or a 4-star Yelp rated restaurant by myself in the future.

I decided to go to a 6am rave. 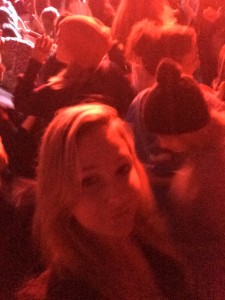 A business connection I met on Facebook sent me a free ticket to a party called Daybreaker. It’s a wake up call like no other. From 6-9am, a couple hundred people come together and dance like they are at a nightclub. I’m sure most people go to this with a group of friends – like they would to go out on a Saturday night.

Showing up completely alone made me terrified. I stood in the back, against a wall, and watched a crowd of people dance their ity bity hearts out. I thought people were whispering about me, but the longer I stood there, the longer I realized, nobody in here is looking at me. Or noticing that I’m alone. Or feeling bad for me that I’m here alone. This is completely and entirely in my head.

So I stood against the wall for another 20 minutes and another 15 after that before deciding maybe going places and not knowing anyone is the greatest thing that can happen to you.

Want to know why?

Even if these are things you would never normally do – nobody in the room knows that.

After almost 45 minutes of leaning on the wall and pretending to text someone – even though nobody I know is awake that early – I decided to push my way to the center of the dance floor and be that girl.

And so I danced, alone, like I had never danced before. My hair became a sweaty beehive and I even elbowed the person next to me once, or twice.

I left there with zero new friends, but I left there knowing that from now on, I don’t need that plus one in order to say yes to an adventure. I am good enough, brave enough, and excited enough to go places all by my 27-year-old self.

FROM HOW TO TALK TO SOMEONE COOLER THAN YOU

We all have people that we look at and say to our internal selves “wow, they are so much cooler than I am.” This…