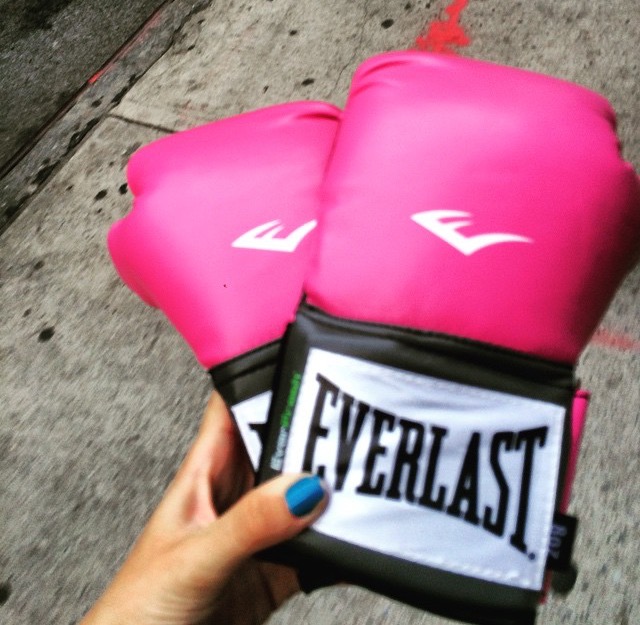 I burned 65 calories just trying to cancel my gym membership, just from being on the phone with one person, then another, until finally I found myself shouting at a pulsing dial tone.

The cancelation process made waiting on hold for 3 hours and 27 minutes with Time Warner Cable, or searching for a 1-bedroom converted apartment in NYC for under 1,200 a month, feel like a breeze.

I could have gone into the gym to cancel my membership in person, but why would I do that? I was a member there for 14 months and I had only gone 14 times. Why was I going to start showing up now, at the end of it all?

The guy on the other end of the phone didn’t ask me for my name. He just asked me for a reason.

“Why are you giving up on your health?” He asked, trying to hit me right in my take-out food filled gut.

A reason? I had plenty.

It was getting a bit silly being a member of a gym. The monthly fees were so high it was almost like I was paying rent for a second apartment. Which for a while was okay, because I would treat the gym like it was my second home. One that smelled constantly like Clorox bleach and was lined with tire-smelling rubber floors.

Sometimes I would go there with a book and unfold a yoga mat so I could sit down and read. I would take a stroll around and see if there were any eligible bachelors who wanted to show me how to dead lift (whatever that means). When I was feeling the most adventurous, I would test out the body wash in the shower, because sometimes they had ones that smelt like, I imagine, the Bahamas, smells.

At this point, I was just making a monthly donation to them as if they were a charity. Whenever I saw a fresh coat of paint on the walls or a new sign out front, I knew it was likely that my automatically debited bank account helped fund a good portion of this well-kept infrastructure.

I joined the gym to begin with because Groupon told me I should. They had an offer for membership at a gym right outside of my apartment building and I felt if I was ever going to be a gym-going gal, this was my opportunity. But on my first day, a guy with muscles that bulged so much I thought they were going to crack the window he was leaning against stopped me on my way out and said that I looked completely out of shape.

How could he tell? Sure my gray shirt was soaked in sweat, but that’s normal for me, in and out of the gym. Sure I was practically hovering over the trashcan after doing 13 squats, but I was new at this whole thing.  Sure I paused mid run on the treadmill to eat three granola bars.

But I didn’t join a gym to have someone tell me what I already knew: I had no idea how to workout at a gym.

I went a couple of times and lifted 5lb weights beside girls wearing a full face of makeup and guys in cut-off t-shirts who dropped weights so hard on the ground I thought the floor was going to break – and If the floor breaks, I imagined that my membership fees would go up so they could be repurposed.

But then the treadmills would break and the place in the summer would have no air conditioning and smell like moldy cheese and feet. And I decided if I wanted to exercise, I could easily do so with my day-to-day errands, carrying home laundry detergent from the grocery store and running back and forth on the sidewalk to catch a cab.

But because I needed out of this gym membership so that I could stop walking into Bank of America and begging for a loan every month, I decided to keep my answer simple. Something that couldn’t be argued with. Something that was true, but also not true at all.

“I’m moving, far, far, away,” I told him, eyeing a box of empty pizza. Looking at a mini-globe on my windowsill that was covered in dust.

Which is kind of true, because without my gym membership, I planned to spend the money buying endless amounts of food from Seamless and sinking deeper and deeper into the creases of my couch.

Every day when I exit my apartment in the morning to go to work, with a bagel in my hand, I walk past the gym I once supported financially, and the staff stands outside and looks me up and down as if they caught on to my secret: I wasn’t moving anywhere, I just didn’t want to ever go back there.

But that is okay.

I have found my wallet is a wee bit heavier and it is healthier for me, now, to avoid the stares by taking the long, long way to work.

FROM LANDING A JOB IN 150 CHARACTERS