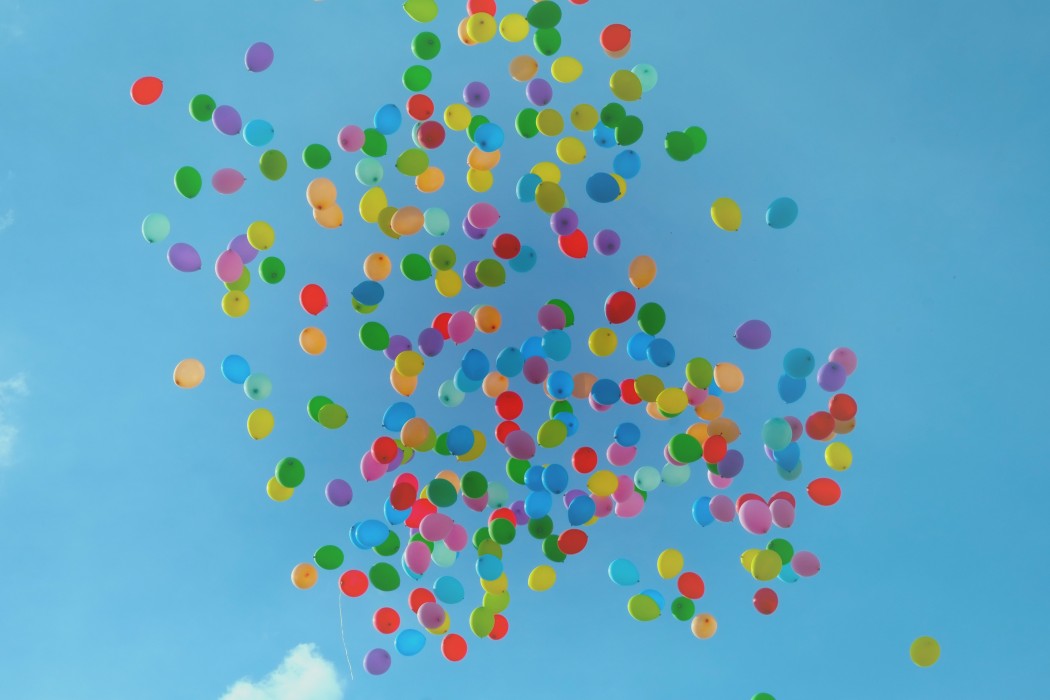 When I was a teenager, birthdays were also known as the day when everyone in school could see your level of popularity.

People would bring you balloons on your birthday and you’d spend the day hauling them from first period to second period, to lunch, until finally the parking lot, where you’d linger, so even the last person, in the very last car, could see that you had so many friends you needed to rent a U-Haul just to remove your balloon bundle off the school premise.

It was a miracle.

Before high school, I was the least popular person to ever walk the halls of a tiny religious private school in Boca Raton, Florida. There was a clique for everyone: the pretty popular girls who figured out how to properly use a straightening iron before anyone else, the girls who refused to tuck their preppy collared shits into their khaki pants and who knew what “emo” meant before anyone else, and the shy, put together girls, who rode horses, read books, and knew big words before anyone else.

I formed my own solo clique: The socially awkward, brace-face, pimple popping girl, who just wished she was invisible. Really, life would have been much easier back then If I was. I remember one day when people at school chased me around the halls, trying to press the bruises on my legs from playing softball. Another day, when all the girls whispered about a sleepover party everyone was invited to – but me, of course. And one, when my entire grade (of 40 people) conspired to get a guy to tell me he had a crush on me, just so everyone could laugh when I turned bright red.

But back to the the balloons.

In high school, things changed. People brought me balloons, which made me realize I had friends (finally, ugh). I switched schools for high school and went from 40 kids in my entire grade to 40 kids in just one class. There were different kinds of people at that school and suddenly, I didn’t feel so alone. Suddenly, I had friends!

I looked forward to my birthday so I could count balloons. I seriously think one year I got the most balloons of any girl in the high school. I was friends with everyone and I loved having so many friends that my AOL buddy list was longer than a family of 5’s grocery list.

The other night, I was talking to somebody about friends and how at a certain age (really age 4 to 24) having a lot of them is everything. But by your late twenties, you don’t have even 1/3 of the amount of friends anymore.

When I admitted out loud to someone the other day that I really only have three friends, they laughed.

“Why?” I said, thinking maybe we are still at an age when counting balloons matters to everyone.

“I don’t know. Maybe build that friend list up some more?”

Friendships shouldn’t feel like networking events. One person shouldn’t have to schedule reminders in their phones to call friends on a quarterly basis for a status report. A person shouldn’t have to hold on to someone who isn’t in their life like they used to be. A person, I suppose, shouldn’t worry too much about their friendship number count, unless of course they are trying to be a social media influencer, and then “friends” has a brand new ridiculous meaning.

Everything is constantly changing in our lives, I remind myself, just like how I remind myself every single morning that everything is painfully temporary in this world. Which is why I promise myself to stop counting the number of friends I have and instead, enjoying every single person I know in this world that knows something about me, just the way I know something about them, and look forward to sharing more memories, more slices of pizza, more “how the heck are you” text messages.

PS. CHECK THIS OUT! I think you’ll really love it.

FROM TAKING A PICTURE OF YOUR NAILS POST-MANICURE

I like to paint my nails weird colors. I’ve always loved to do that. When I was a little girl and my mom would…