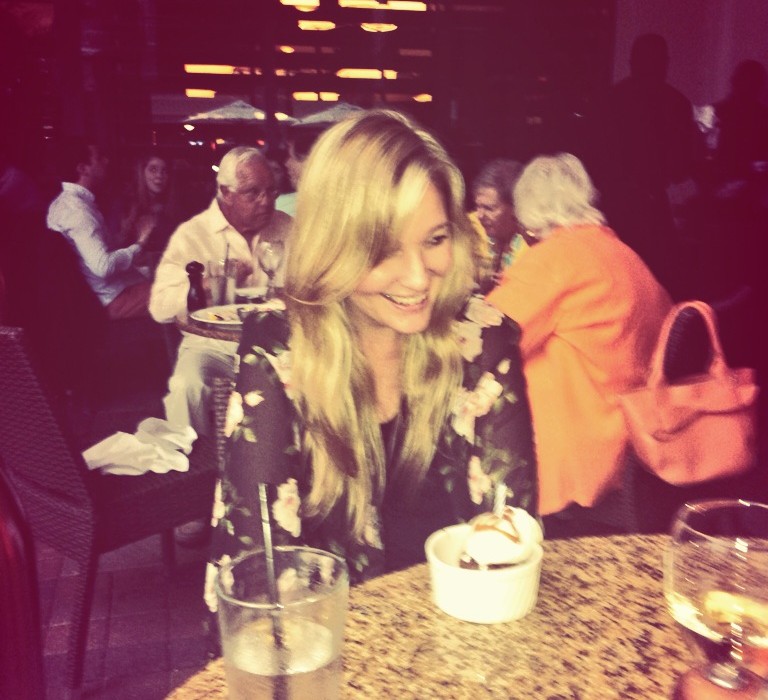 “Oh, how I regret not having worn a bikini for the entire year I was twenty-six. If anyone young is reading this, go, right this minute, put on a bikini, and don’t take it off until you’re thirty-four.” – Nora Ephron

The other night, at dinner, a friend asked me what i am most excited about for my 26th year on this planet.

When i was younger, i’d count down the days until my next birthday. I’d parade around on the tile floor of my living room exclaiming just how over-the-moon thrilled i was to turn another year older. Because another year older meant i would almost be able to fit into the clothes at Limited TOO or because another year meant i’d be old enough to roam around the mall, alone, with just my friends and just one more year meant that i’d finally turn 16 and have a drivers license to add to my wallet.

Because any way we’d look at it, back then, turning a higher number meant, of course, the prospect of finally “growing up” and when you’re cruising through single digits, there’s nothing less scary than the concept of growing up.

But then, almost as fast as we blow out those candles on our Carvel ice cream cakes, 18 turned into 21, and 25 slapped me on the face one day when i was trying to catch the 6 train to work a job in PR on the 12th floor of a building overlooking central park in NYC.

Counting down the days until a “new year” meant growing up – and once you turned 25 there was nothing more scary than the idea of growing up.

After your 22nd birthday, there’s no syllabus or milestone year to look forward to ( 25 and 30 don’t count!). There’s no longer any solid kind of path ahead of any of us at that point. Some people go off and get married, some go back to school, others back their bags and head off to one job, then another, and maybe 5 more before they figure out their “next step”. It’s kind of as if, suddenly, we toss our entire lives up in the air like we do with the clothes in our closets when we get the urge to clean them out — all while we spend the next couple years of our lives trying to fold the skinny jeans in one pile and the tank tops in another.

In preparation for year 26, i’ve been spending the last few days alongside my family, an unhealthy amount of carbs, and two birthday cakes. For some reason, when i went to make a wish and blow out the candles on both of these cakes, the candles blew out before i even had a chance to think of what to wish for.

Maybe that’s just a metaphor for how fast time flies. Of how if you want to do something – do it now – because time is no longer (it never ever was) on our side.

Or why the heck we waste time thinking of some brilliant wish when there’s perfectly good cake under our nose and a table full of people to share it with.

Before i was able to stick a cucumber roll the size of my elbow into my mouth, i answered my friend who was curious to know what it is about year 26 that i’m excited for.

“The surprises,” I said. “Because that’s really all any of us can plan for anyway.”

Thanks for sticking with me as i try to figure out another year of my life and document it along the way on The Things I Learned From. Having you as a reader means the entire world to me! As always, before you go, don’t forget to subscribe (type your email into the box on top or on the right). I send one email out a week – on Monday Mornings – that’s filled with tips to kick your butt out of bed in the morning.

FROM ADVENTURES OF A PROFESSIONAL BRIDESMAID: FIRST LOOK

Meet Ashley: A 25-year-old bride from Maple Grove, Minnesota.  She can’t get through a whole story without making you pause with her to laugh,…