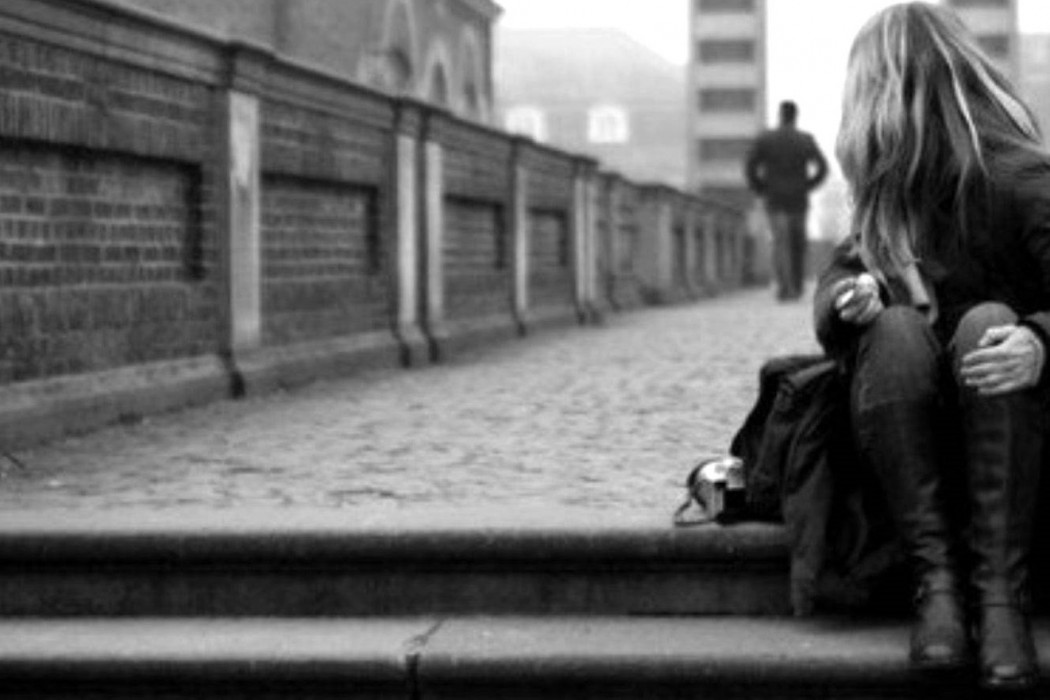 The one time in my life I decided to wear orange lipstick, I saw my first kiss again.

It had been 10 years since we saw each other last and about 9 years and 6 months since our final AIM instant message conversation – but really, who is counting anymore?

At first, I wasn’t sure if it was actually him. I was hoping that it wasn’t.

This happens all the time. We are somewhere and we see someone we think looks like a person who couldn’t possibly be there.

I swore I saw a girl from college walking down 5th avenue, but it wasn’t her and she lives in Australia now. I even swore I saw my mom inside a grocery store in Los Angeles, while she was on the phone with me…in Florida.

But there he was, there he really was! Right in front of me in line ordering a pumpernickel bagel and lox at 8:45am, the morning after Halloween.

And there I was. Wearing orange lipstick and a leopard print sweater, with half of last night’s makeup and glitter still splattered on my face.

We always plan how we’d like to look the next time we see that person again. I always thought I’d bump into him wearing a tight blue dress and a pair of non-scuffed nude heels, on a day (of course) where my hair looked good and I didn’t manage to get mascara all over my eyebrows.

There should be some kind of warning alarm that sounds when you leave your apartment looking like an item plucked out of the recycling bin. The alarm will remind you that odds are if you leave your house looking like this, you will run into “that” person. So shower. So change. So don’t make today the day you try to experiment with orange lipstick.

I wanted to say something to him.

Something that would have made the 16-year-old version of myself proud. But I couldn’t. At that moment, I didn’t feel confident enough to even tap him on the shoulder and say, “Remember me?” And it wasn’t just because I was scared he would think I looked like a clown or wouldn’t have any idea who I was anymore – but because I was terrified. Because I was shocked.

After so long, there he was. There I was.

This was a person I really wished I saw during a good majority of those years we never saw each other again. It was a person, who at the time knew a lot about me, who my entire life: my thoughts, my AIM quotes on my profile, my bed time, revolved around.

It happens to all of us, though.

A person who once meant everything is now someone we can’t even say a simple, generic, painless hello to.

I left the bagel place before he even realized that a girl, who once ate a chunk of his life,  was standing right behind him again.

I found myself tugging at my sweater in the elevator of my office building, playing the situation over and over again in my head.

All you needed to do was say hi. That’s it.

I caught a glimpse of myself in the mirror. I’ve grown since the last time he saw me.

I graduated high school and college. I’ve unpacked my suitcases in so many new places and flirted with so many new things.

What was I so scared of? We’d say hello and laugh at our 16-year-old selves. Maybe we’d hug and say we’ll see other soon and it’ll be another 10 years before we actually do.

But it would, at least, be something to just say hello.

I pushed the open door button on the elevator panel and I ran. I ran down two blocks, through morning dwellers sipping their hot coffee and yellow taxi cabs honking their away down avenues.

All you need to do Is say hello.

I pushed a crowd of people hovering around the bagel counter aside.

But he was gone. Off and onward into the streets, blending back in with hundreds of people who dance around our lives like background characters detached from the overall plot.

The scary thing about the people we know is that most of them will one day become a stranger to us once again. That one day, we’ll have to tap them on the shoulder and watch as they squint their tired eyes, trying to place how and why and where and when they knew us from.

A good amount of time will do that to anything, anyone, you thought you once tingled for. That’s the scary thing about the people we know.

*This took me exactly 364 days to write. Most of those days, I wished I could write a different ending. But I can’t. I go back to that bagel shop often in the mornings on the way to work. Because sometimes we do the most carb-filled things for people who once meant something radical to us. Because sometimes, when you’re having a good hair day and your outfit looks like it could be on the cover of Vogue, you really hope you’ll run into someone from your past.

*Ps. the second time I wore orange lipstick was planned out a bit better:

I had the chance to spend this week with three different guys. Wait a minute…this is not what you think. This isn’t about romance…