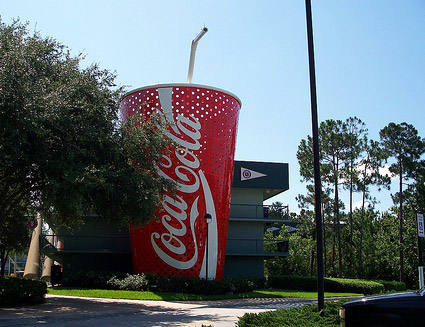 “New York City is not about wringing your hands; it’s about doing something. I  think that’s what the public wants the mayor to do.”–Mayor Bloomberg

Very few things have the power to get my boots knocking with such perplexity and my heart energized  enough to start an ‘Occupy Wall Street’ type riot at the measly hour of 8 am. But this morning, as I snatched a seat on the F train and flipped open am New York, I let out an obnoxious and a few decimals too high of a “You’ve got to be kidding me”, when I read the article that Mayor Bloomberg wants to ban over sized sugary drinks.

Didn’t he learn the golden rule when it comes to man and the things he wants, “If there is a will there is a way?” When we are kids, and our parents said no dessert after dinner we ate it before or when mom says no, we just asked dad. This is hardwired into our brains at a very, very young age.

Come on Mayor Bloom-Bloom, this city is crawling with enough wacky people. The last thing us city-goers need are people standing on the streets illegally selling 2-litters and people  getting their “fix” by chugging large bottles of Dr. Pepper in a brown paper bag on the steps of the subway.

The only plus side to banning over sized cups, that are bigger than my head and larger than the distance between my fingertips and my funny bone, is that it will force people to give In to recycling. Average Americans will adopt the mantra “Ruse, refill, repeat”.

Don’t get me wrong, Hizzoner, I understand this obesity epidemic. One trip to any airport, Disney theme park or a quick stroll through the Herald Square Macys is like watching a slide show of Americans gone wild. I agree we live in a world where the word ‘supersize’ is synonymous for ‘value meal’ and where a couple of bucks can buy you a sandwich jammed pack with all of our allotted calories for the day!

But who are we kidding. Size never matters, right? It’s about what we know and even more how much we care.

Instead of placing this upheaval of a ban, teach people what they are doing when they wrap their fangs around a straw and douse their tongues in sugar and syrup. In my many years of education, I was never required to take one single nutrition class. I spent years learning about trapezoids and spent months dissecting the sonnets of Shakespeare, but I was never taught about my cholesterol or similar words that I only heard about through the dissolved panic of doctors looking at my blood work.

Why don’t us New York’ers adopt the ways of our laid back friends out west in California and display the calorie counts on menus in chain restaurants? If I want to pick up that sticky overstuffed chocolate croissant and shove it in my mouth after seeing that it has 987 calories in it, than It’s my choice but at least I am aware. Outlaw it and I’ll just cram 5 mini muffins into my mouth. As humans, we function off of the results of the choices we make [hear that Republicans?] Give us the information, teach us when we are young and then allow us to choose.  That’s all you, the government, can do for us.

So what’s next, Mayor? Ban over sized soft drinks in June and then those ginormous chicken legs people walk around munching on like cavemen in theme parks in July?

What about banning those elastic pajama jeans? Then people won’t have a place to tuck in their body rolls and then MAYBE they will wake up and smell the decaf coffee and make some changes. How’s that for flawed logic?

If you want to take a stab at making this city healthy start in the classrooms, my Mayor, not with my straw.

FROM READING OUT LOUD

“Do one thing every day that scares you”– Eleanor Roosevelt Why? Okay fine, I understand why. Because it is important for personal development and…