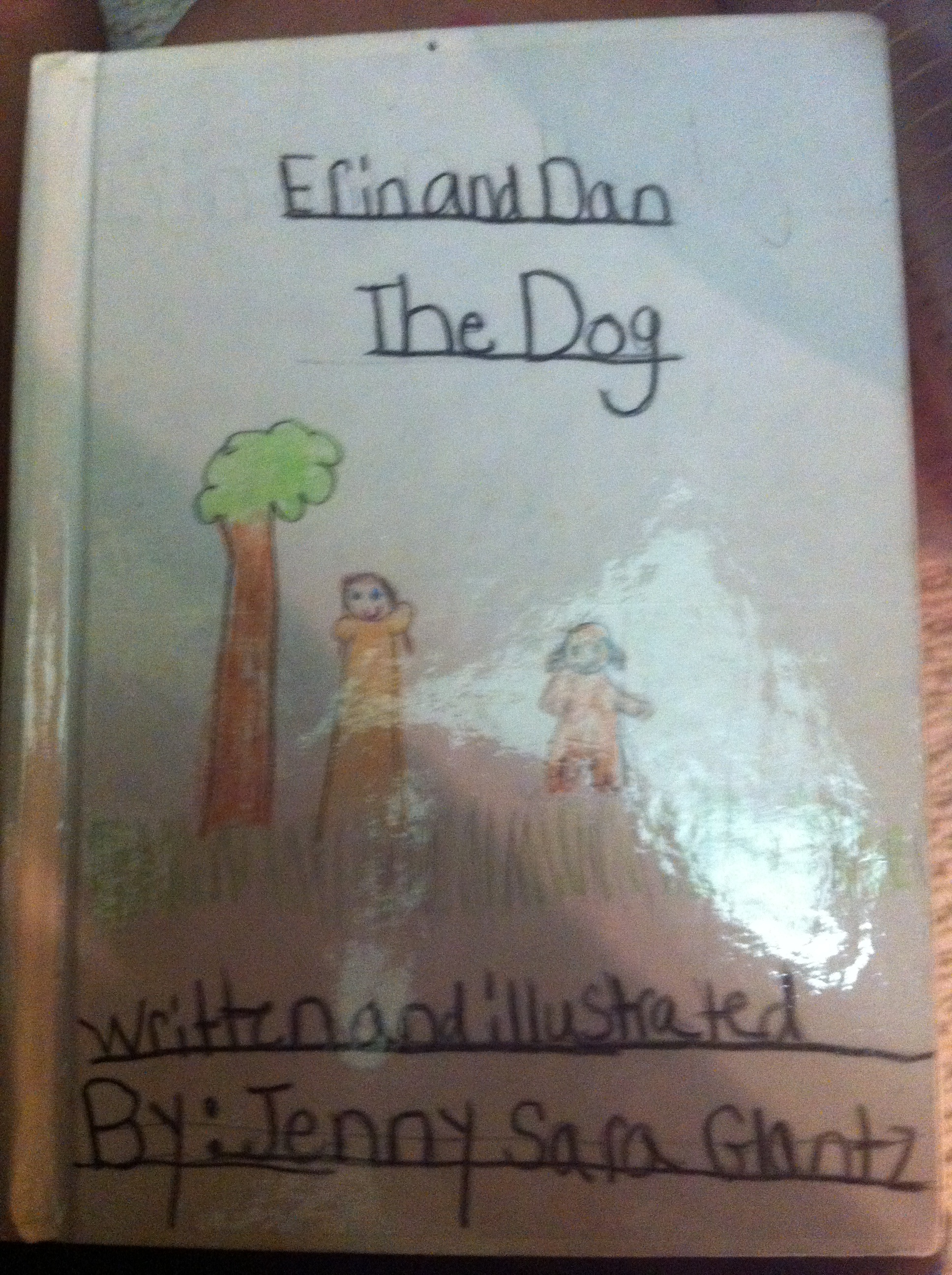 “I still love books. Nothing a computer can do can compare to a book. People don’t want to read manuscripts. They want to read books. Books smell good. They look good. You can press it to your bosom. You can carry it in your pocket.”  ―Ray Bradbury

I wrote my first book at the age of 9. It was a for a third grade class project and while all the other boys and the other girls threw up skimpy and plot less paragraphs, I created a world. The book was a coming of age tale about my babysitter Erin and a dog named Dan and back then, I treasured it.  And when all my classmates, in their iron pressed cotton shirts, received check pluses for their abysmal work and ran off to squish their tushes on swing sets, I stayed back and told my teacher that i wanted to make more books. She giggled at me, decorated my notebook with three gold stars and said, “One is enough for this year Jenny, go on outside and play”

I began to cry. I’m 24-years-old sitting in the second row, wearing a magenta floor length gown, and i’m crying. I’m not alone. In fact, those on my side of the room have their feet planted, their pen whimsically dancing, and their minds tortured by the syntax of an opening line, the personalities of their characters and a dash of insomnia from too many nights in a row toiling with the idea of where to place the climax. We are the hungry ones, the ones that look misplaced, haunted, begging for advice on how to get our stack of paper published. A few of us are wearing suit jackets but most of us look like we just threw on a robe, pressed the save button on our MAC and came to this.

Across from us sits a panel of success. Two published writers, a book agent and a few editors that have pressed together lips and perfectly tied back ponytails.

They’re telling us stories we already know. The tales of the publishing world and the what-nots and the to-dos. The people around me are furiously jotting down notes, standing up hunched over to ask a question while demanding they know that their manuscript is the ‘next big thing’.

One writer tells how it took him 30 years, it took him 5 different manuscripts. He says out loud how he is the poster child for never giving up and that’s when i cry. I’m in a floor length magenta gown, in the second row and I’m crying. I’m also 24.

I’m beginning to question myself. Maybe i started this process too late. I should have formed a tighter relationship between my swollen fingers and my keyboard, spent lazy days under the sun with Faulkner, picking apart the voice of David Foster Wallace, cheering on the insanity of Plath. Rather than chasing boys in cowboy hats and playing with sidewalk chalk.

I’m in the elevator. I’m desperate to leave this suffocation and this energy that’s making me feel as if i was just thrown into the Hunger Games where all of us wacky wannabe’s must fight to the death of our manuscripts. Only one of us will make it, and the anxiety and determination that’s making my eyeballs pop is beginning to scare even myself.

There’s a man in his 80’s in the elevator talking about how he has wanted to be a writer ever since college. How things got in the way, life, he says took its turn and he found a job and he created a family and he just never gave in to writing. Until now.

The doors swing open to the first floor and before i step forward and exit our eyes meet and he says,

FROM ANYWHERE FOR 30 DAYS

“Nobody says goodbye unless they want to see you again.” – John Green @adamkossoff and I started this adventure, 30 days ago, when we ditched…