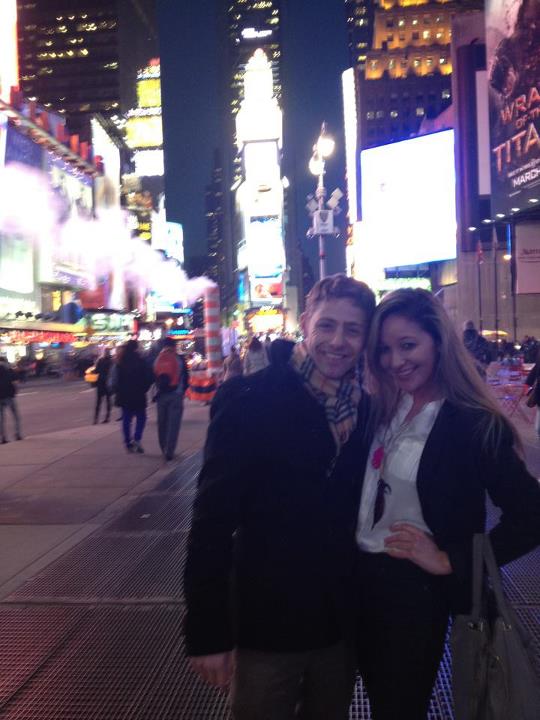 I met Ido Cohen when i first traveled to Israel 4 years ago while he was serving in the IDF. His passion and zest for adventure is contagious even oceans away. I envy his bravery and feed off his mantra to give in to creativity and never ever give up. [If you have a story you would like to submit, I’d love to read it, post it, learn from it. Send it to: JenGlantz@gmail.com]

“Look up to the sky; look for that bat signal in the sky”–Ido Cohen

When I was eight, I went over to my friend’s house to play. It was getting dark, around 6 in the evening. As I knocked on the door, a bat flew straight into my head. I don’t remember much, but my friend told me he found a dead bat the next morning.

I knew it! God was on my side, finally! Making my dreams come true! I was 100% convinced that I was BATMAN.

As the years went by, I knew I wasn’t going to fight crime or wear a cool costume, for that matter. But I always thought to myself, what happened that day? Why did I even want to be Batman?

Every time an opportunity comes my way, I think of that day. I think of the Batman that I wanted to be. Cool, mysterious, with a deep voice and killer abs.

When I finished my army service with the IDF, I traveled around South America for six months. I flew all the way to Brazil, grew my hair long, bought cool Ray Ban’s and a pair of hiking shoes. I knew it! Once again, God was on my side, finally! Making my dreams come true.I was convinced that my new look was going to change everything. I’ll be cool,mysterious, with a deep voice and killer abs. But once again I asked myself why?

Nowadays, I study at the university. My hair is short, I wear regular jeans and at-shirt every day. I don’t have a deep voice nor do I have killer abs. But one thing I do have is a new attitude.

And no, I’m not going to end this with that annoying saying “be true to who you are” but I will say this. Look up to the sky; look for that bat signal in the sky. Just to remind you that you might not be cool, mysterious, with a deep voice and killer abs, but your pretty darn good as yourself.

About the author: Ido Cohen is a 24-year-old Israeli who is currently studying political science and Middle East studies at Hebrew University in Jerusalem. He has a loyal love for traveling, playing and listening to music.

FROM A BLIND DATE

A photo from last night when my two friends and I believed we were being stood up on our first-ever “Group Blind Date”, we…