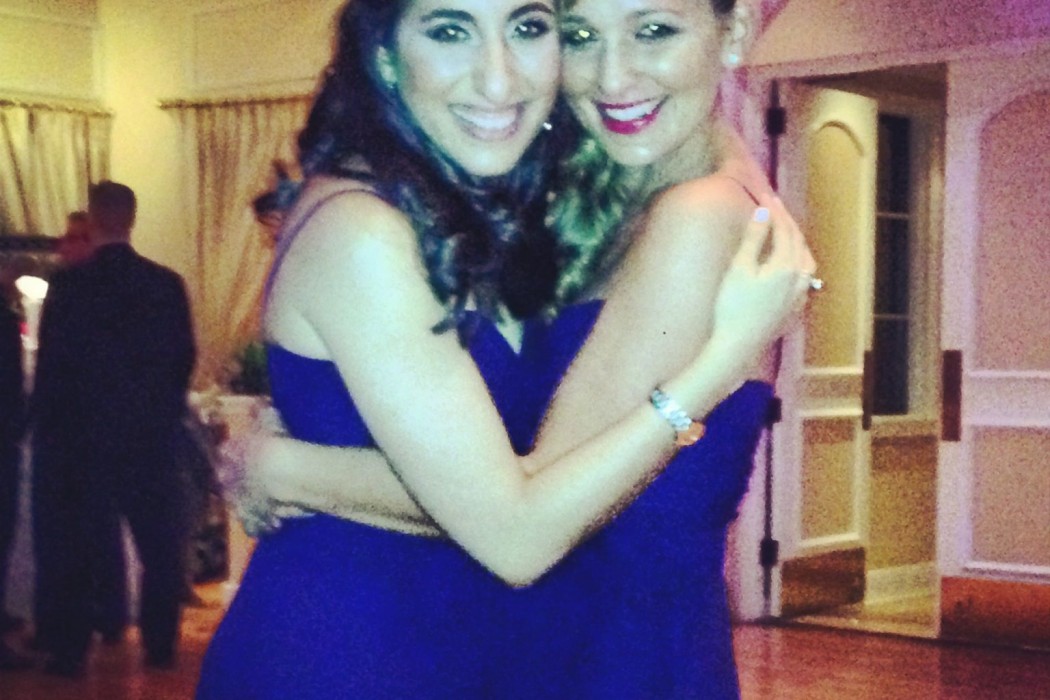 Your first time doing anything is equal parts awkward and exciting.

It was for my cousin’s wedding, and I remember feeling overwhelming light-headedness when she asked me. I threw my arms around her, screamed out “yes” and told every single person I knew that I, Jennifer Glantz, was going to be a bridesmaid! I felt like I’d scored the supporting actress role in an Oscar-worthy movie.

It’s really something they should teach you in school.

Right before you finish your final exam of your last class senior year, your professor should wrap up your years of education with this statement: “Just so you know,” she’ll begin as you rush to pack up your bags, “soon, all your friends are going to be engaged, and there’s a good chance you’re going to be a bridesmaid. So learn how to make a bridal shower bow bouquet and dance the Hora beside someone’s 92-year-old Great Uncle Joe.”

Being asked to be someone’s bridesmaid for the first time felt, to me, like a rite of passage. Something that I could check off my bucket-list of titles I wanted to achieve in this lifetime.

Except I had no idea where to start -– or if it was even my “job” to start anything. I only knew what I had seen in movies and from what I remembered witnessing at the one wedding I had ever been to in my life: Bridesmaids wore gigantic taffeta dresses that all matched and walked down the aisle like they were in a fashion show in Milan.

Right before her pre-wedding events started to happen, like the bridal shower and the bachelorette party, I scoured the Internet, dialed up experienced friends of mine, and asked strangers on the streets for advice on what to do and, even more importantly, what to buy her as a gift.

The second time I was ever a bridesmaid, I bought the bride lingerie and brought it to her bridal shower (rather than her bachelorette party). Which wouldn’t have been a big deal, except three generations worth of family members were present and shot me the stink eye across the table as a the bride unwrapped a silky red bustier that looked like it would have been too small on my Barbie doll.

The second and the third and the fourth and the fifth and the sixth time you do something, it starts to feel so natural that you’re convinced you can do it in your sleep -– or while scrolling through your Facebook newsfeed -– or not even do it at all, anymore.

Which is what starts to happen with a lot of women who start to become serial bridesmaids. The ones who are on their fourth or fifth wedding. They stop responding to emails, and they show up four hours late the morning of the wedding or give the bride a hard time about the bridesmaid dress she picked out for her girls to wear.

That’s how I started to get the nickname “professional bridesmaid.” After two of my closest friends asked me to a bridesmaid, in the same week, I came up with an idea.

I posted an ad on Craigslist, offering up my services to brides-to-be as a professional bridesmaid -– hoping to use some of my skills and bridesmaid knowledge to help other brides. And after a few days of it being live on Craigslist, my inbox started to get congested with offers from brides around the world.

“Why would anyone want a professional bridesmaid at their wedding?” an 87-year-old lady asked me that on the subway last week when I was telling her about it. The answer, though surprisingly simple, was told to me in so many different ways through the emails I received.

There were women asking me for help because they have good friends who are unable to make it to their weddings -– because they lived far away, or couldn’t afford it, or had to be at home with their children.

There were women asking me for help because they already had a group of bridesmaids but they needed someone to come in and organize the communication and be the official liaison between the bride and the rest of the bridal party. There were a few couples who wanted my help because they are planning smaller weddings and want someone by their side who knows exactly what they are doing.

I’ve started to understand that there is a need for this because in the end, it’s not the color of your napkins or the flavor of your cake that you’ll remember, it’s the people.

The people who paused the chaos of their lives to travel from where they are to where you are and celebrate this beautiful moment in your life with you.

I can’t wait to be that person for women around the world.

FROM WINTER, GIVE ME A BREAK

“The work never ends, but college does.”–Tom Petty My article was originally featured on the USA TODAY COLLEGE website (By: Jen Glantz) You’ve made…