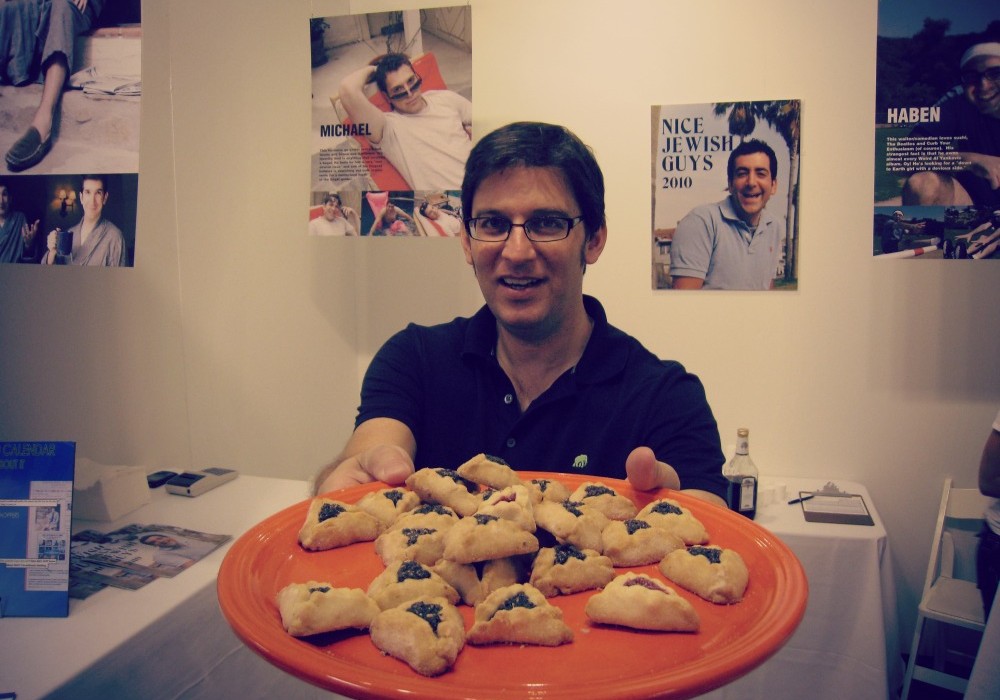 “Jennifer!” is the first thing i  hear when i pick up their phone calls, “I’ve found you a nice Jewish Guy!”

If you’re single – Jewish – and decide to pick up your phone or check your voicemail or listen to the howls of the people you meet constantly trying to set you up – you’ll hear all about some NJG they want to set you up with. But what does that term even mean? And where, really, does someone find one of those  (other than JDate)?

I was curious. So curious that i decided to sit down and have a chat with Adam Cohen – who created the popular calendar Nice Jewish Guys.

Get to know Adam, check out his calendars, and as always – if you have a NJG to set me up with please have them contact my mother.

1.     Adam, Hi! I always start my interviews off asking the guest to give me their “30 second elevator pitch”. So – do me a favor and describe yourself in 3 sentences or less!

I’m a TV producer (Manswers, Cupcake Wars, many more) and had a crazy idea for a side project. Of course, that’s the Nice  Jewish Guys Calendar. I started selling them out of my garage and now they sell out at Urban Outfitters. Who knew!?

2.     The term “Nice Jewish Guy” gets passed around like the Haggadah at a Passover Seder. What sparked the idea of creating a calendar of NJB’s from around the world?

I was inspired ‘cause I’M THAT GUY. I had to work hard to impress women (when i was single). And i was like “ I’m tired of the  standard being the hottie chiseled firemen in calendars.”

I felt there was an equally sexy, attractive, “ good catch” quality and  that was niceness.

When women saw this it felt like they hit their hand to their head and were like “Of course… these guys rock!”

These guys get to be sexy for who they are. 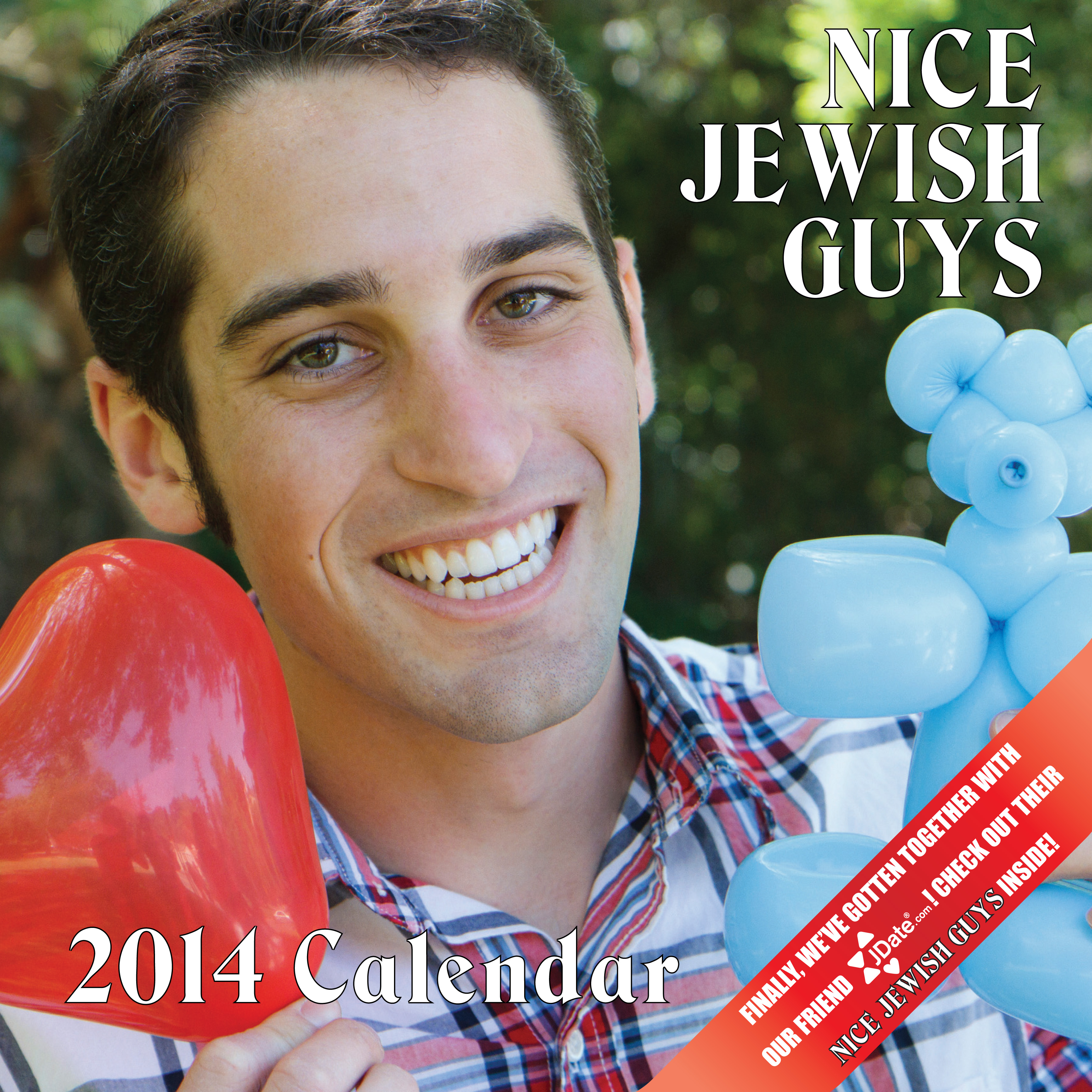 3.     What are the qualities that truly define a Nice Jewish Guy and is every Jewish guy a NJG?

Duh! I mean you know one when you see one.

-You can trust them to do what they say.

-They are a bit of a mensch.

-You can trust  your daughter on a date with a nice Jewish guy.

I also feel like it’s not, obviously, particular to Jewish guys. I just happened to tap into what i know.

4.     I’m sure you get hundreds, if not thousands, of submissions to star in your calendar every year. How do you choose the 12 lucky guys that are featured?

Yes, we get tons of submission. But once the guys fill in a bio and we take some test pics it makes itself very  clear. You just look at them and go, “Boom… nice jewish guy. Done!”

This year one guy we even photographed with his mom  and he loved it. 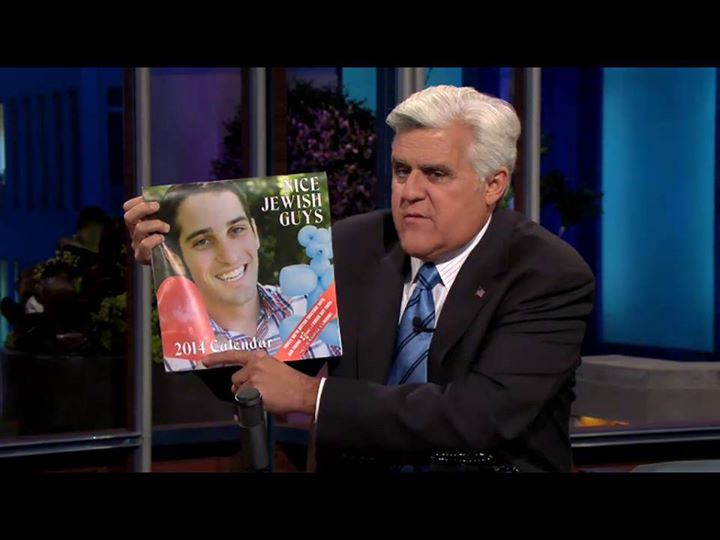 5.     Dating – let alone finding a NJG to date – is super hard these days. Other than JDate or Shabbat dinner hopping around your city, what’s the best way to meet NJG or NJG?

1) move to LA or New York. Better odds. But i get emails from them all around the country. I think you have  to fish for them.

2) Also, study the calendar. Once you get the look down you can start to spot them at far distances.

6.     I need to ask this for all my male readers: what about a Nice Jewish Girls calendar?

I did a test run in the 2012 calendar. Three extra months were with women. I did a lot of outreach online to gauge people’s  reactions and no one was crazy about it. Not sure why. I thought it was cute. If people were gaga i would definitely be making  one.

But, I do have a second calendar coming out this year. It’s secret for now (not Jewish) and i will be sure to tell you closer  to the release date. 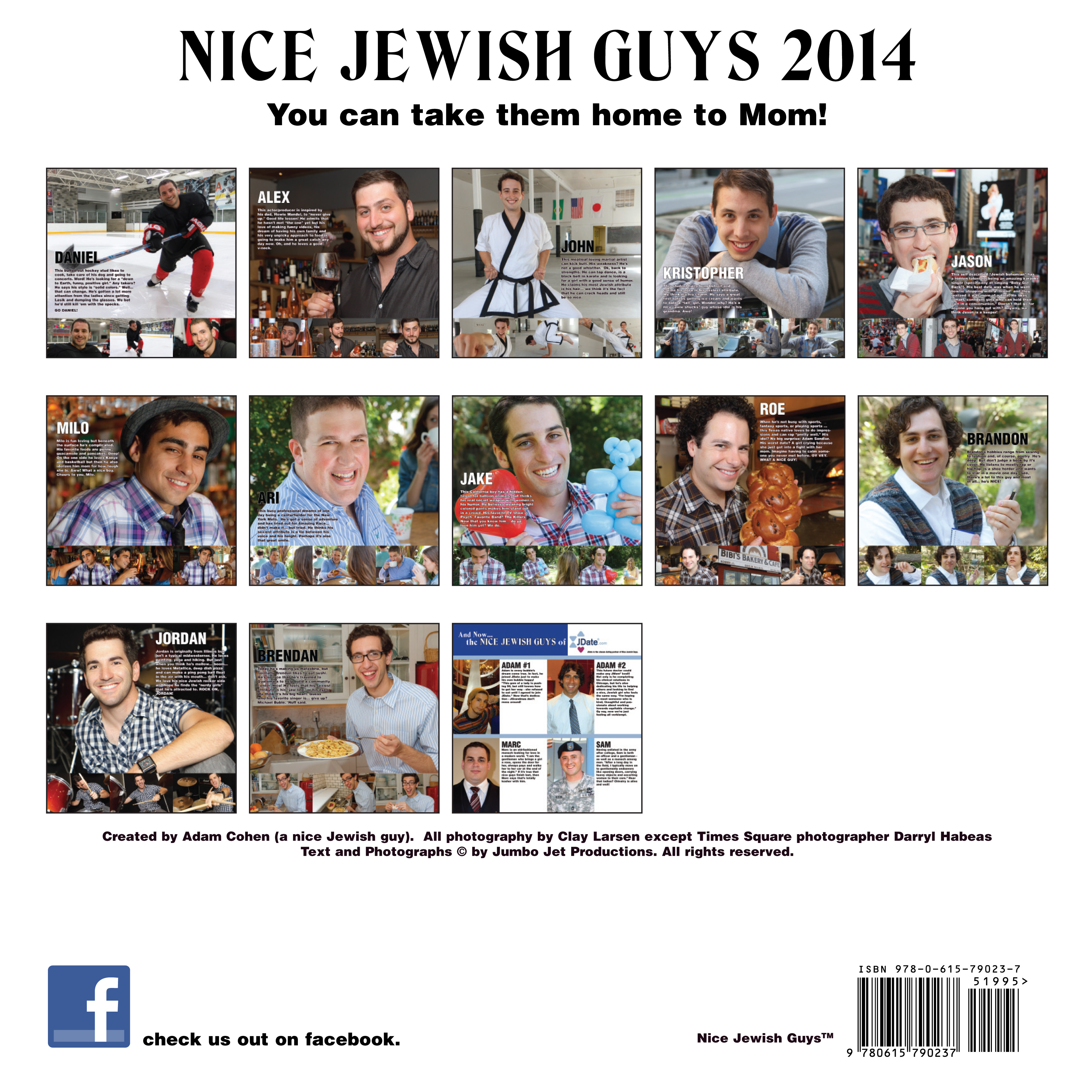 After attending NYU film school Adam Cohen headed west to seek fame and fortune in hollywood. Setting up a production company with two partners he went on to make t.v. shows like The Assistant with Andy Dick for MTV, Manswers for Spike, Cupcake Wars for the Food Network and many more. This calendar was a side project that he sat on for 5 years before having the balls to go ahead with it. At first, it sold terribly and Cohen almost gave up. It’s hard to stuff envelopes in your garage and hope enough order come in. Then he got it out to buyers and Urban Outfitters, Kitson in Los Angeles, Perpetual Kid online, Fred Flare, and Modern Tribe, among many others, started carrying the calendar and it really took off. Today, the calendars sell thousands of copies and it is a badge of honor for guys to make it into this coveted yearly tradition. Cohen continues to make television and looks forward to making the next big hit and has plans to also expand the Nice jewish Guys brand.

As always, before you go, don’t forget to subscribe (type your email into the box on top or on the right). I send one email out a week – on Monday Mornings – that’s filled with tips to kick your butt out of bed in the morning.

“I miss New York. I still love how people talk to you on the street – just assault you and tell you what they…