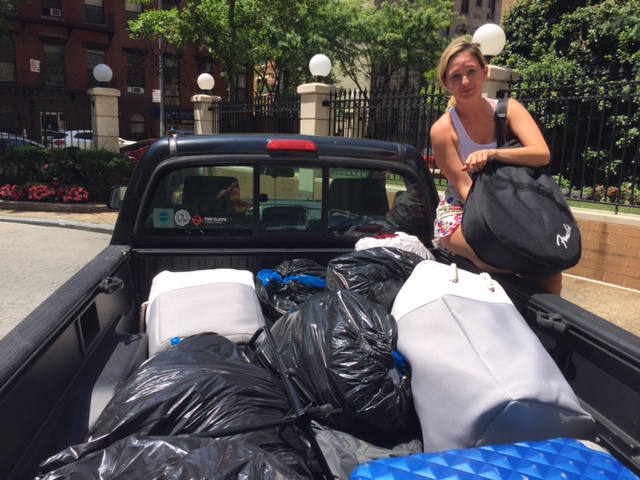 I once went on a date with a guy who told me he was going through a really hard time.

“What’s going on?” I asked him, and he told me all about how his mom sold the house he grew up in and it was tough saying goodbye to that place and all of his “childhood” things. He couldn’t take much with him from that house, he told me, because his NYC room was the size of a bathroom.

I took a sip of the chai latte I bought for myself, since my date arrived early, and ordered himself a cappuccino.

“Why is that a big deal?” I asked, with attitude, thinking he was being a little too dramatic. Who cared about leaving the house they grew up in and letting go of things they haven’t looked at in years.

This past year, I said goodbye to the house I grew up in, filling trash bags and donation bags with items that spewed memories I’d forgotten about for far too long.

Today, I’m saying goodbye to my NYC apartment, the one I moved into almost 6-years-ago, when I waddled off the plane from Florida, alone, to make a life for myself in this chaotically gorgeous place.

Leaving any place is rough, especially when the leaving is sudden or out of your comfort zone. And to be honest, It’s less about the things you give away when you leave, because those things don’t matter. It is more about the memories that ache inside the walls of the place you lived in, that’s hard to part ways with.

This 500 square foot apartment feels like it holds 500,000 stories that can be recalled so quickly, by a look out the window, or haunt me as I turn a corner and suddenly remember a memory I hadn’t thought about in years.

I spent a lot of time inside this place. I wrote two books on the couch. I hysterically cried on top of my full-size mattress, over heartbreak, heartache, and moments when I wondered what the point was of it all. I met my best friend inside of this place. She let me in, at first, as her random roommate, and day-by-day, we formed a friendship I’ve never quite been able to have with anyone else. I’ve left and lost jobs while living in this apartment, watched my wildest dreams come true, while sitting at the kitchen table. I’ve hated who I was, loved who I was, and woke up to realize that somehow, at some point, I became the kind of person who didn’t take BS from anyone, and who took chances, all while sitting, and dancing, and standing, and pacing, inside just these  500 square feet. 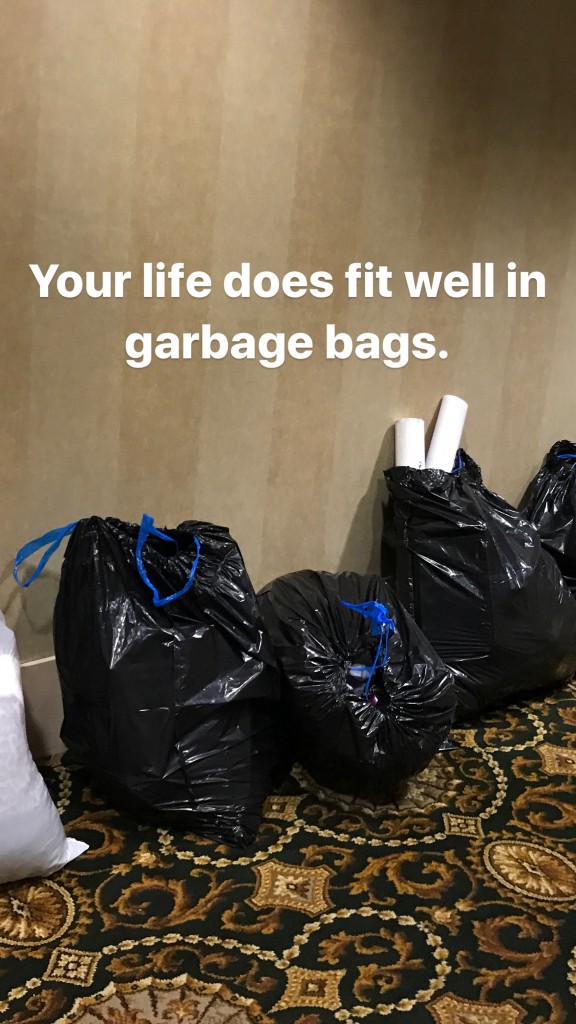 I’m walking around this empty apartment, today, trying to figure out why my chest feels like I ate too much tomato sauce and took too many Tums.  Maybe it’s because we don’t like to leave what we know. Maybe it’s because we fear memories will depart us just because we depart the place we had them in. Or maybe it’s just because life is all about saying goodbye, too soon, and we’re supposed to feel painfully upset and we’re not supposed to have an explanation.

Either way, I want to apologize to the guy who told me he was going through a rough time on our date. Moving sucks. Letting go of things sucks. Watching memories become unburied one last time may be the suckiest thing of all.

So, Alex, hello. I owe you a cappuccino. I hope all went well with your move and that you are okay.

I know I’ll be okay too.

FROM I’M THE PROFESSIONAL BRIDESMAID FROM THAT CRAIGSLIST AD

Within 48 hours, two of my dearest friends both asked me the very same question. It was the kind of question that made little…