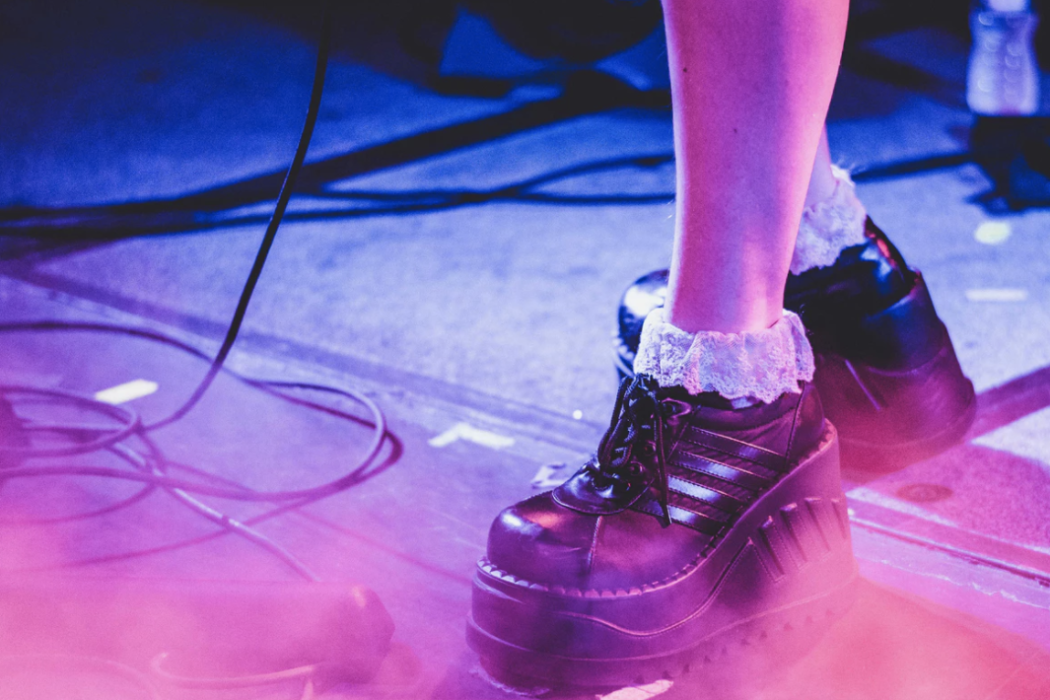 It was my turn next.

So I paced back and forth behind the last row of chairs. Nobody saw me. If they did, it didn’t matter. Nobody knew who I was.

It was a big mistake showing up. I should never have begged to be on the show. I wasn’t a comedian. I didn’t have a funny story to tell. I just had words and my body was giving me the advance warning of knowing they wouldn’t be spit out properly.

So I made the decision to leave.

I put my  arms through the coat, threw my purse on my shoulder, motioned to my boyfriend that it was time to start the car.

I would make a quick getaway. I’d spend the car ride home writing this off as my most epic failure of 2018. I’d email the host of the show the next day and say something like: I’m so sorry, I had an emergency. Which wasn’t a lie, if you consider being on the verge of a nervous breakdown an emergency.

I’d send him a postcard. An edible arrangement. A singing telegram.

I thought I was going to be telling a story, at a live recording of a podcast, that took me two years to get booked on, but all the other guests were professional comedians. They had specials on Comedy Central. I had “comedy school dropout” on my resume.

Before the show, the guy who was going on before me, asked me how long I’ve been performing on stages.

“Oh,” he said, arching his brows, turning the balls of his eyes right back to his phone.

The woman who went first made a guy in the audience laugh so hard, I swear he wet his pants. The guy that went before me, had people spilling their drinks.

My story wasn’t funny and neither was I. I was about to make an audience of 80 people sit there for six minutes and wonder what the heck was going on. Who booked this “buzz-kill” girl on the show?

But then, suddenly, I hear “up next,”  coming from the speakers.

“Let’s give a round of applause for…”

And I think to myself, “Oh. No.I’m still here. I spent too much time in my head and not enough time finding the exit door.”

Everyone applauds. My boyfriend gives a thumbs up.

I slow walk up to the mic. I wanted to badly to melt into goo and slide underneath the chairs. I wanted so badly to be anywhere else, be anyone else, be doing anything else.

But I told my story.

I spent my six minutes on the stage performing the best story that I could.

And when it was over, I was mad.

“Can we please go?” I told my boyfriend, who had the car keys.

“You did amazing,” he said, grabbing my hand.

I wasn’t funny. I don’t belong here. I feel so embarrassed.

“You were different than everyone else,” he said. “You brought something different and that was cool.”

On the car ride home, I justify my failure.

“You did really well, Jen,” the boyfriend steering the wheel, said.

And I know he meant it, but I feel funny about it, like when you show up at a party you were kind of invited to and didn’t bring a gift, but everyone else did, and you just wish you could sneak out, run to Bed Bath and Beyond, and make things right.

I wish I could have left before they called  my name.

I’m glad I stood on that stage. I’m glad I gave it a chance.

Because one day, I’ll be in the greenroom with someone who is first-timing on the stage, and i’ll ask them how long they’ve been at it, while they bite their nails and tap their toes, and I’ll tell them about this moment and of course, I’ll also tell them what I wish that guy, who went before me, told me:

Don’t compare yourself, be yourself, and most of all, go out there and mess up.

Mess up so bad.

Wish you located the exit door before you got on stage.

Make no one laugh.

Because it will make you work harder.