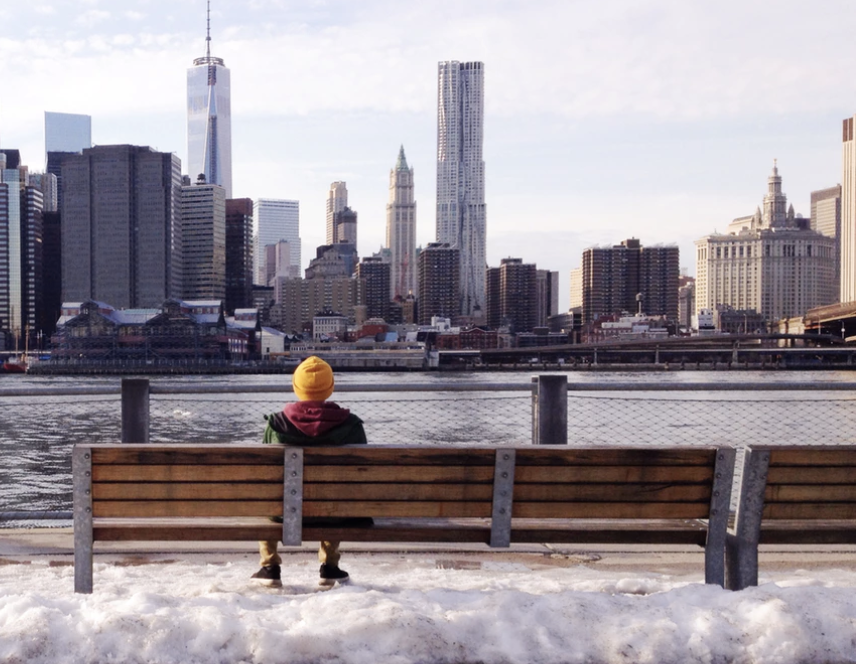 Back in New York City, everyone tries to tell me what to do.

There’s black snow resting on the ground and I’m not wearing any socks, so when they tell me to smile more, let go more, forgive more, I focus on the tingles of my toes, and find solace in the fact that they haven’t yet gone numb.

My therapist tells me that I’m too stubborn.

A woman approaches me, after a panel I spoke on, where I opened up about depression, and tells me I shouldn’t sound so negative about my life.

A new friend admits she’d give it all to be like me.

One homeless man, near Grand Central, tells me I’d be prettier if I smiled.

And all I want to do is scream. But I smile, instead.

My therapist doesn’t smile when she says that being stubborn is my way of  feeling in control.

The woman, from the panel, says that I chose to live like I do and therefore, she doesn’t pity me.

A new friend tells me that It must be so freeing to jetset around the country, living in a new place every 30 days.

One homeless man tells me he likes my hair, but would like it more if I brushed it.

And all I want to say is “You don’t really know me.” But I brush my hair with my stone-cold fingers, instead.

My therapist doesn’t tell me to brush my hair when I get stubborn and moody, she tells me to stick my head in a bucket of ice. She says it will help me reset my emotions. She asks if I’ll give it a try.

The woman, from the panel, says I shouldn’t tell an audience of 300 people about my mistakes and failures, I should only talk about my moments of success.

A new friend asks me what it must be like to live such a perfect life.

One homeless man tells me that overall, I just look sad.

And all I want to do is tell them the truth. But I lie, instead.

I tell my therapist I’ll be less stubborn, lose that control, stick my head in an ice bucket.

I tell the woman, from the panel, that  she’s right. I’ll be more positive next time, trade my stories of struggle for stories of success.

I tell the homeless man that I am happy, show a smile, give a dollar.

And yet , back in Los Angeles, I finally want to tell them all the truth.

Tell my therapist that I don’t know where I’ll get ice cubes and a bucket and also, is that advice even ethical and legal because it sounds like torture?

The woman from the panel that I’ll never stop telling an audience the truth about my struggles, my failures, the things that went very wrong before they finally became right.

My new friend that It’s not always so great living somewhere new, and that when we spoke that day in person, I was wearing $50 dress pants, that I couldn’t afford to keep, so I folded the tag into my underwear so nobody would know I was going to return them the next day.

And the homeless man, well, I didn’t tell him anything. But he was cold, so I gave him my socks. I don’t need them, I have shoes.

PS. CHECK OUT MY LATEST PROJECT. I THINK IT’LL MAKE YOUR TOES TINGLE. IN A REALLY GOOD WAY.

FROM GET ME OUT OF HERE

It was my turn next. So I paced back and forth behind the last row of chairs. Nobody saw me. If they did, it…