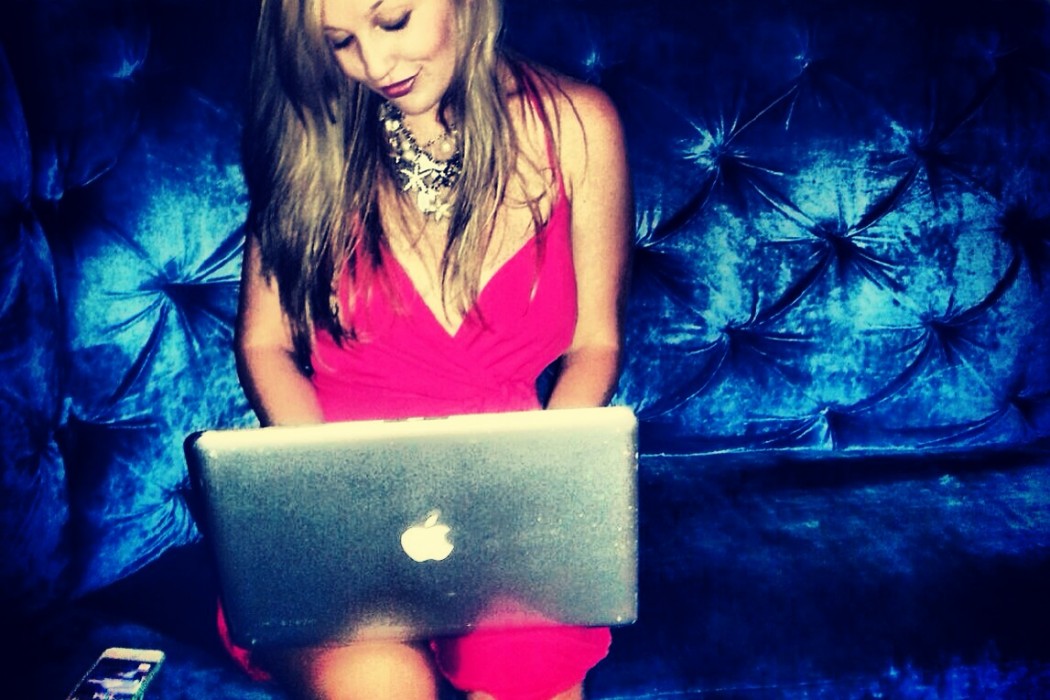 A little bit over 8 months ago, I was twirling around the city thinking I had a grip on being single. Answering my friends, who would ask the same question as my mom, since you’re like perpetually, always, really single, have you thought about trying online dating?

It was one of those quick no’s that are rare exceptions to our usually indecisive and over analytic minds. Kind of like when Time Warner asks you if you’re okay with them transferring you to someone else, which will mean you’ll have to be placed on hold, again, for 45 minutes.

Okay, fine. I thought about it. But I wasn’t convinced that I should set up a profile and write some witty jargon to try to sell myself to a pool of guys over the internet. It would be like creating an advertisement for a billboard in Times Square, except instead of a million tourists gawking at it, strange men would be. But, I was having a hard time meeting people the other way, partially because I spent too much time working and partially because I had grown hostile to meeting guys at bars who were three tequila shots in and slurring their words while petting my hair.

A month later, I had a profile up on JDate.

Online dating wouldn’t be so bad if people just spoke to each other like humans. As if they were meeting in person for the first time. If I was at a bookstore and a guy wanted to approach me to say hello or get my attention, if he said something like, “Sup Cutie. You fine.” And followed it up with a wink face, I’d be confused, embarrassed, and ultimately walk away. If he said something simple, something that’s not forced or creepy, something as blasé as, “Hey, what book are you reading?” he’d get my attention and along with that, my response.

But instead, guys are sending messages like this one that I received a week ago:

That’s what this guy by the username The Goblin sent me as a first message, as if that even warrants a response. Was he thinking I’d reply back with a “PLEASE take me out. You sound like a lovely, respectable human being?”

Or one that I received last night:

If you want to be a successful online dater, stop with these kinds of messages:

Sample messages: “Yo. You’re hot. That really you in those pics? Hope you not Catfishin’ me.”’; “If you can talk as good as you look, I may be in love.”

When’s the last time you actually winked at a real, live, girl? I hope the answer is never.

Sample message: “Hey, Marissa. A little about me: I’m from Long Island and I used to play football. I like to go out with friends on weekends, but I also don’t mind staying home and watching a good movie, with some good company. You look like someone I’d like to get to know better. Do you agree?”

If you’re lucky, like I always am, they will even forget to change the name on the message and you’ll receive one written to a Marissa or a Francesca when you’re name is Jen.

Sample message:  “I’m not a fan of online dating, but I figure I’d give it a try”; “How’s JDate working out for you? I don’t want to do this but my mom paid for my account and pesters me every day about it to make sure she’s getting her money’s worth”

Sample messages: “Other than your looks, what are three things you’ve got going for you?”; “If you were on Jeopardy, what would be your 30 second speech when Alex Trebek interviews you?”

Follow that when you’re trying to pick up Ms. Right, online.

-You’re a guy and have some more questions

-Want me to girl proof your next online dating message/bio

FROM ALL MY FRIENDS ARE ENGAGED (THE AUDIO BOOK)

All My Friends are Engaged has been mashed up and recorded into an audio book. So all you book-on-tape lovers, people who need some…