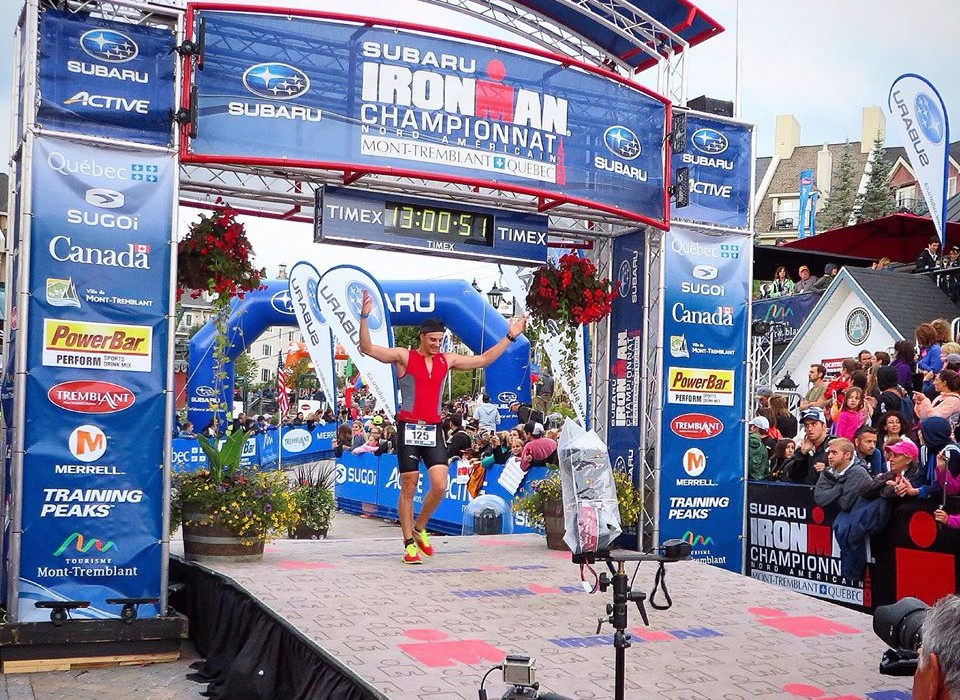 I am an Ironman. Not the Ironman from the movies or comic books – I don’t wear a weaponized suit of armor and I don’t fight against evil…unfortunately. Instead, I’ve earned the title of Ironman by completing the hardest single-day endurance race in the world: the Ironman Triathlon. Why does this matter? Well, when I signed up for this event I had never raced in a triathlon, I couldn’t swim and I didn’t own a bicycle. So it goes without saying that I got a lot of strange looks when I told people what I had signed up for. People went as far as laughing at me. With some merit, I guess, since the race requires you to swim 3.8km (2.4 miles), bike 180km (112 miles) and then run a full marathon of 42.2km (26.2 miles) in under 17 hours.  And, there were only nine months ‘till race day. As I approached the finish line after over 12 hours of continuous racing, I replayed the last nine months in my head and realized that my life had completely been flipped upside-down because of Ironman. I was no longer holding a corporate job, I was no longer with the same girl that I had been with for over 6 years, and I no longer the same person. Here are the 3 biggest lessons I learned:

1. It’s good to be delusionally optimistic.

If you want to accomplish something you never thought possible, you’re definitely going to have doubts about whether you can do it or not. Ignore them. If your goal doesn’t scare you or at least make you think “How is this even possible?!”, then you’re not dreaming big enough. If it wasn’t for my delusionally optimistic mentality, I would have never signed up for the Ironman in the first place. Any normal person would look at the situation and see all the obstacles they would need to overcome, all the challenges they would be faced with, all the sacrifices they would need to make. Any normal person would ultimately conclude that finishing an Ironman just doesn’t make sense at this point. Any normal person would sign up for a shorter distance triathlon instead. “One day, I’ll do Ironman”, they’d say. But not me. And I credit my delusionally optimistic outlook on the race for allowing me to take the most important step: signing up. You’ll notice that once you sign up for something and pay the registration fee – you have accountability. You’ll feel like you have no choice but to take immediate action and start making progress. I no longer had excuses. The race was now officially approaching and I had to do everything possible to make sure I was ready. After all, if other people can do it, why can’t I? Lesson #1: If it’s something you really want, just sign-up. Figure out the rest later.

Sometimes it’s hard to stay motivated when you feel like the steps you’re taking are so small that you’re not making any real progress. Trust me, I know how you feel. When I started learning how to swim, my swim coach asked me to swim 50m as an initial assessment. I swam 25m and already needed a break, so I obviously had a long way to go from 25m to 3,800m. But, I soon realized that small continuous actions create big results down the road. I took consistent action every single day, and things started to add up until I hit a tipping point where everything seemed to align. It clicked. And progress starting happening at an exponential rate from that point onward. The idea of small wins being compounded over time to create huge results is fascinating to me. Here’s an example that explains this concept beautifully: Let’s say you take 1 penny today (do those even still exist?!) and double it every day for 30 days. You’ll quickly notice that even though you’re doubling it every day, you’re not going too far because you started with the smallest denomination possible. By day 15, you’re only at $163.84 and the month is halfway over. But, although the progress at the beginning is very slow and may even sometimes feel like it’s not worth the effort, don’t quit! At some point things will start adding up and the sum of all your little tiny actions will create massive momentum that cannot be stopped. After 15 days of small wins, something interesting happens. We hit a tipping point and start noticing real progress and exponential growth. By day 30, we have over 5 million dollars. All from 1 penny. Lesson #2: Have patience. Keep putting in the work on a daily basis. Things will eventually add up and ultimately create massive momentum that cannot be stopped. Don’t quit. Your tipping point could be right around the corner.

The finish line at an Iron event is probably one of the most incredibly inspiring places in the world. It’s where everyone’s hard work is displayed. It’s where success stories are born. But, once you cross the finish line. It’s all over. Where do you go from here? I can’t tell you how many times I’ve had someone ask me: “So, now that you finished an Ironman, what’s next?!” To be honest, I don’t know what’s next.  And honestly, I think that’s beautiful. This whole experience was a big adventure for me.  From the days where I would have to shovel my car out of a massive snow bank, drive to the pool at 10pm after a long day at my 9-5, strip down to my bathing suit and get into the cold water, to 5-hour long solo bike rides along the highway where I had no-one but myself to talk to, to long runs in the pouring rain when my legs burned and I felt like I wanted to collapse from exhaustion. But I loved it. And, I’m glad I did. Because, once I crossed that finish line it was over. And, the biggest thing I learned is that no matter what you achieve in life, you’ll always want more. You’re never happy. Every time you accomplish something, you set the bar higher. And then higher again. “Focus on the journey, not the destination. Joy is found not in finishing an activity but in doing it.” -Greg Anderson So, if you’re chasing something, whatever it may be, and you believe that your happiness will come from the end result, you’re going to be very disappointed. You’ll never feel like you’ve arrived because you’ll just end up shifting your entire perception of what “will make you happy” higher and higher, until infinity. You have to love the process. And, I truly did. Lesson #3: Results won’t make you happy. Enjoy the journey. The adventure. The ups. The downs. And, let your finish line be a celebration of that journey. 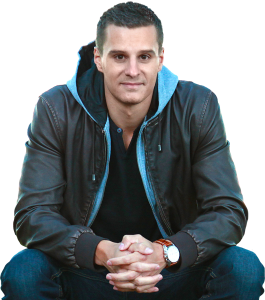 Michael Carbone is a lifestyle entrepreneur and founder of the “Unleash Yourself” podcast on iTunes. Visit michaelcarbone.ca and join him on his travels by following him on Instagram.