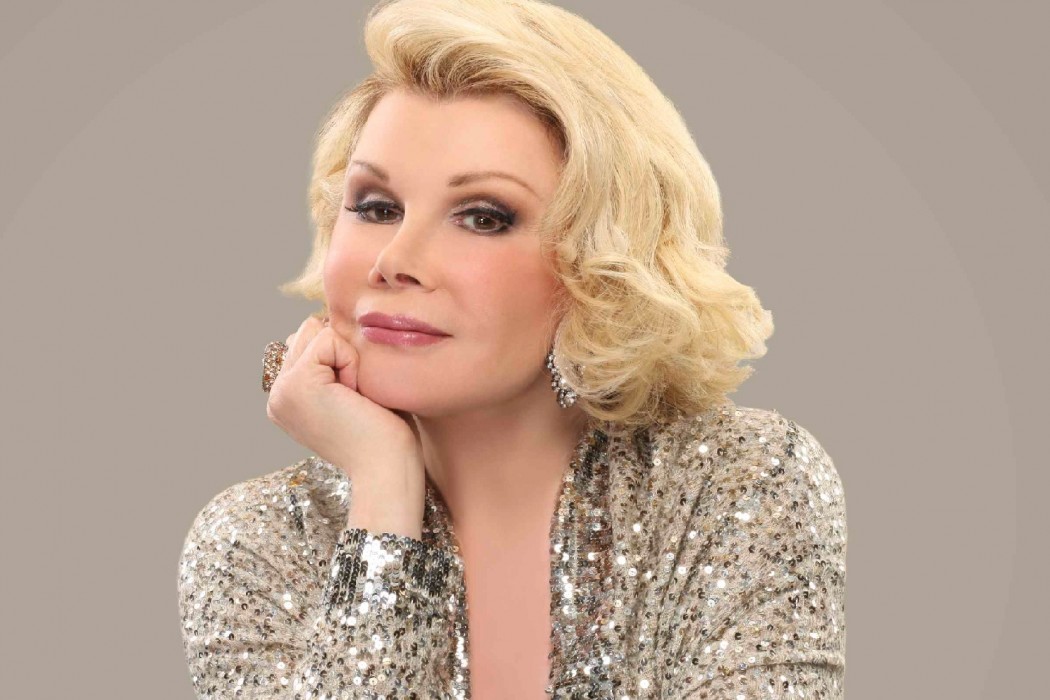 “I believe in telling it like it is. I’ve always been a no-holds barred type of person. I let it all hang out. I’m in bed eating Cheetos. How’s that for telling it all? Who else would admit that over the phone?” – Joan Rivers

I was once asked on a job interview, “Where do you see yourself in five years?”

Which was a fine and valid question, one an employer will typically pull from their generic question bank when they run out of things to ask during your interview.

Except that was the 5th time I was asked that question in one week and since all the other answers I gave – dressing the mannequins at Forever21,  being famous, and still figuring out an answer to this question – didn’t get me more than a hasty eye roll and a scribble on the page, this time I answered with:

Having dinner with Joan Rivers.

The person across the laminated wood table laughed before they winced and asked me, “What? Really! Joan Rivers?”

It turns out I didn’t get the job – or the next 7 that I spit out that answer when that dreaded question was asked.  But a few months later, I was hired to work on the 12th floor of a building for an awesome company in NYC where Joan River’s office also happened to be located – on the 9th floor. 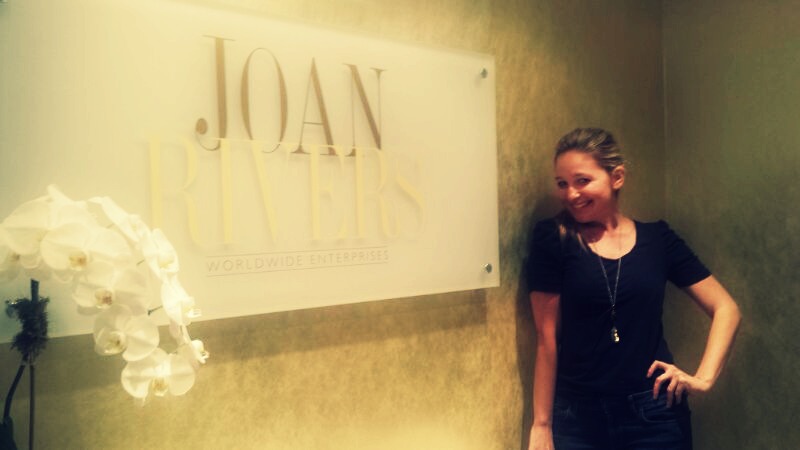 Look at that! I exclaimed to anyone who would listen (and not deem me crazy – that’s you, mom!) What are the odds!

Every single day, I’d board the elevator and cross my fingers that Joan would walk on after me. Some days, when I wore something outrageously wrinkled or from the very bottom of my closet, I feared that would be day i’d finally run into Joan.

But she’s hardly known for being a survivor, a strong woman in an industry that constantly tried to shut the door in her face.

Joan was an English major who always wanted to be in show bizz. But she graduated from college, took a more practical job and got married. Her marriage lasted only seconds longer than Kim Kardashians Marriage to Chris Humphreys. And once they split, she hit the road and started doing comedy on any stage that would have her. And lots did. She spent years building her career with determination and guts and finally she made it: she appeared on Jonny Carson and got her own show on FOX.

Joan Rivers was a fearless women. She broke through in the 60’s with a style that was unheard of – especially for women.

But then her career started to drown.  Her show was canceled and the entertainment industry turned its back on her. She lost her husband and producer of 22 years, Edgar Rosenberg; he committed suicide in 1987.

That could of been it. For most of us out there, that may have been it. How the heck does a person even go on? But she did. When people said her career was dead, she proved them wrong.

She had guts, determination, and the spirit of “I will never give up.”

I thought she’d prove us wrong once more.

When I first heard that Joan was in the hospital, I imagined the day she’d get out, rip off the horribly bland and scratchy hospital gown – change into something with a bit more sparkle and a giant necklace and walk on to the closest stage to Mt. Sinai hospital and say something like: the problem with a coma is the same problem I had with my first marriage: you’re screaming your demands the whole time and no one is listening to you.

A list of lessons Joan learned throughout her life:

→ I’ve learned: When you get older, who cares? I don’t mince words, I don’t hold back. What are you gonna do to me? Fire me? It’s been done. Threaten to commit suicide? Done. Take away my show? Done! Not invite to me to the Vanity Fair party? I’ve never been invited! If I ever saw the invitation, I’d use it as toilet paper.

→ I’ve learned you don’t always listen to your agents and managers. Sometimes they know nothing. ABC once offered me a daytime talk show a long time ago. My agent and manager said, “Joan, you’re a nighttime personality.” So I turned it down. Then ABC went to Chicago and found this girl with blue eye shadow named Oprah Winfrey. Now she’s got $500 million, and I’m part of the crew. I do the catering for Obama.

→ I’ve learned to have absolutely no regrets about any jokes I’ve ever done.. You can tune me out, you can click me off, it’s OK. I am not going to bow to political correctness.

→ I’ve learned not to slow down. I’m so lucky to have my life. In a previous life, I must have been the Jewish Mother Teresa: Mama Selma. I didn’t cure lepers, but it’s not so bad to lose a finger. It’s not so terrible if you have another finger to put the ring on.

→ I’ve learned that life is very tough. If you don’t laugh, it’s tough.

Yes, Joan. Life is tough. You kept us laughing through it and now the joke is entirely on us.

I hope you rest shaking up the peace.

FROM HOW TO GET A NEW JOB