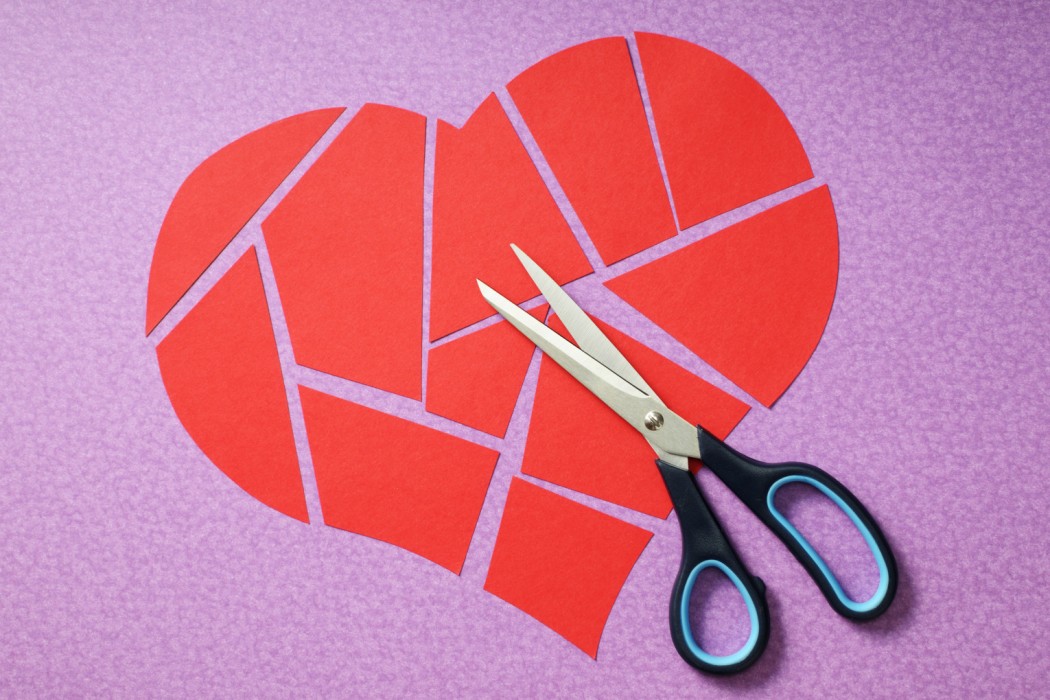 “Just because a relationship ends, it doesn’t mean it’s not worth having.”― Sarah Mlynowski

“There are better ways to break up with me,” I told him through text message after he had just sent me a text message that read “Jen, I’m over this.”

When you enter a relationship with someone you never, ever think of it ending. You won’t know when, you won’t know how, and you won’t even begin to imagine it happening in some terrible fashion: like through text message, or a mix tape, or right before you go to dinner with their parents.

When I was younger, I thought if someone was going to break up with me they would do it in some gorgeous fashion. Perhaps after being buzzed on some rose, he’d touch the edges of my split ends and tell me I’m just some overbearing vision of perfection and he needs to go north a bit while I go south to figure some things out. Or right before going on a skydiving trip, he could tell me it’s important not to look down.

But after a guy texted me that he was over and done with our whole thing, I decided to lower mybreakup standards. Anyone in the future could literally leave a note with my doorman or comment on my blog or have their mom call me and tell me and it wouldn’t hurt as bad as someone you care about ending it all, ending everything, over a text message.

Though the stories you’re about to read will make your heart burn a little, I must say I’m glad I’m not alone.

“In the summer between our sophomore and junior years of college, my longtime (high school)boyfriend proposed. (I know, I know.) One afternoon in early fall, as I sat in a computer lab frantically trying to finish my homework before class, I got an instant message. “I don’t think I can do this anymore.” I asked him what was wrong. I knew he’d been having a rough time at work, he didn’t particularly like one of his roommates, and school was stressing him out. “This. Us. I thought this was going to be different. I thought I meant more to you. I can’t do this.” And he proceeded to detail the reasons I was no longer suitable for the role of girlfriend/fiancée, the reasons he was breaking up with me. In bright green, 12 point Comic Sans.” — Amy K., 30

“There was the guy that broke up with me JUST before I met his parents, and I had to sit through lunch with them for 3 hours afterwards. Then I got the bus home.” — Shula S., 24

“He used to make me these mix CDs filled with love songs, Stevie Wonder, “Knocks Me off My Feet,” Matthew Sweet, “Winonia,” Lucinda Williams, “I Just Had to See You So Bad.” He signed them all “Love,” in blue sharpie marker. I played them until they skipped. Then he started getting weird. He once told me my go-go boots made me look like a streetwalker. He’d stand me up on our coffee dates, then accuse me of not showing up saying he’d waited for an hour.  When he made me buy my own Jr. Mints at the movies, I knew it was coming to an end … but when he showed up with a mix CD with Billy Bragg’s “A Lover Sings,” well, that was the official end of the road. “You and I are are victims of a love that lost a lot in the translation,” was the lyric that did it.  He stopped calling, stopped emailing. We touched base a few years back, had an awkward, sad kind of lunch, and haven’t spoken since.” — Libby C., 30

“A guy, hurt that I asked to take it slow, sulked for a month, then decided to take me out to dinner on Valentine’s day, showed up an hour and a half late, no apology, took me to a restaurant, didn’t talk much and when the bill came, hesitated about paying then walked out without giving me a hug. The whole thing was to make a point that he was breaking up with me and not the other way around. Then after about six months,  he started texting me every single Thursday for a year. Never once asking me out but always saying something bizarre like — hey, I saw a squirrel and thought of you; hey do you know President Obama? So do I. etc. Then he asked me out … on April Fools Day. Yep. as a joke.” — Ami Gandhi, 38.

“After being single for a year, I jumped back into the dating pool and was randomly introduced to a guy by his sister. Great guy, was totally what I wanted in someone and we seemed to be hitting it off great. I met his family, we talked about going on trips together (we love to travel) and so on. But one random, random day he texted me and said, “Lets get dinner and talk about where we see things going, I do not think I’m ready for a relationship and think you are.” I knew exactly where this was going. I kindly responded that there might be a misunderstanding and that we could talk. POOF, never, ever heard from the dude again. He did the famous disappearing act.” — Anna D., 25

Have a breakup story to add? Tell me in the comments below.

Subscribe to The Things I Learned From & receive a Monday morning email (with new posts + fun tips) that’ll help you drag your butt out of bed! Just type your email in the box on the right side of the page!