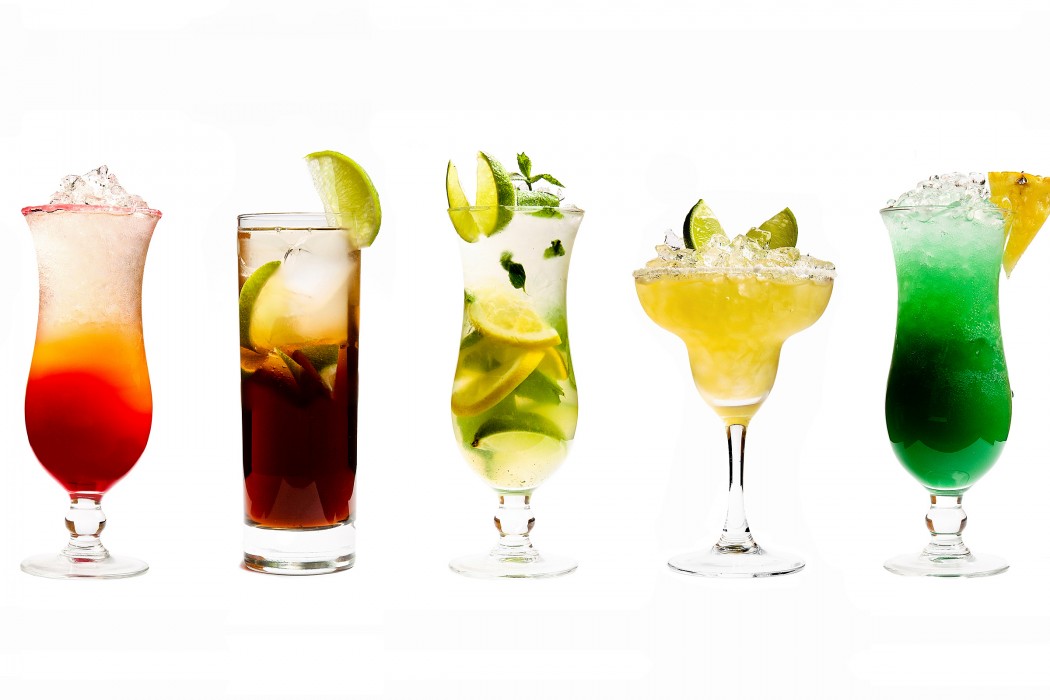 This is what I learned when I stopped drinking for a month:

It’s a no-brainer. Beer has about 150 calories in one can. Wine has about 120 calories per serving. Cocktails can be low calorie until you start adding the juices. While these calories may not seem like much in a 2,000-calorie diet, they add up.

If you drink on the weekends, even just a couple margaritas, you can easily consume almost an entire day’s worth of calories.

It’s not a surprise that I lost a couple pounds in the course of a month. Let’s just say I was pretty happy that my jeans fit better and I could start to see my abs show a little.

I Can Finally Feel Well-Rested

You wouldn’t think giving up alcohol would help you sleep better, but it does. I noticed a drastic improvement in how well-rested I was on the weekends. Mostly this was because I wasn’t staying up all night and then using the alcohol to help me drift off to sleep on the weekends.

Turns out, the effects of alcohol on sleep are well documented. A study at The London Sleep Center in the U.K. found that it is disruptive to REM sleep and it can even suppress breathing, which is scary.

It’s a good thing I stopped drinking for a month, I really needed the extra rest!

I Can Actually be Productive on the Weekends

Since I wasn’t feeling so tired during the days anymore – and I wasn’t hungover anymore – I had this boost in energy that I would have never thought was possible from not drinking. I could get up at a decent hour and actually do things! I cleaned my house, ran errands and even met up with friends for breakfast. It felt good to be able to take back control of my schedule because I was able to pull myself out of bed on the weekends.

I Was Seriously Dehydrated

Alcohol dehydrates you. We all know that from the thirst we have during a night of drinking and the next morning. I didn’t realize how dehydrating it was until I stopped, though. All of a sudden, I didn’t feel parched as much, and I was able to regulate my water intake to make it more consistent throughout the day. I was no longer feeling like I had to drink the entire Atlantic Ocean to quench my thirst.

I Was Fine Losing a Few Friends

Sadly, giving up alcohol showed me who my real friends are in life. When I wasn’t up for going to the bar or club to down drink after drink for a wild night, a few stopped calling. When I suggested that we see a movie, paint some pottery or some other nondrinking-related activities, they were uninterested.

Fortunately, most stuck by my side. By the end, a few even joined in because they could tell how great I was feeling. Plus, it gave me an opportunity to connect with some old friends and make some new friends from work.

I Didn’t Need Alcohol to De-Stress

This one isn’t going to make much sense to you because I’m still trying to understand it myself. I used alcohol for stress relief after a long week, or even after a long day. It really did help me calm down. Something happened when I gave it up, though; I started to feel less stressed.

Instead of pouring myself a glass of pinot after a particularly hard day, I would go for a long walk to get out of the house and away from the temptation. Eventually those walks became regular, and I wasn’t feeling anxious like I used to. I looked it up and sure enough – alcohol depletes brain chemicals that reduce anxiety. It even disrupts the chemicals that make you happy! So much for needing a stiff drink to relax! Once you stop drinking, your body is able to function normally and is much better at handling life’s stresses.

I Could Save a Ton of Money

Think about it, a drink out at a bar can be up to $10 a pop. Depending on how much you drink, even going out one night a week can cost you at least $50 a month. Not to mention the food you order when you stop thinking about how bad that crab pretzel is for you. Even if you stay in, alcohol isn’t cheap. By the end of the month, I realized I saved over $50 just by cutting out booze. Think of all you could do with that money! (I treated myself to a pedicure and sushi lunch.)

What I’m Doing Now with Alcohol

I haven’t given up alcohol for good, but I do drink a little less. Now, I’ll only grab one when I attend happy hour with co-workers. On the weekends, I’ll stop drinking earlier in the night and switch to water.

If you’re looking to get a little healthier, consider giving up alcohol for 30 days like I did. You may just be as amazed as I am with the effects of it.

Sarah Landrum is a freelance writer and the founder of Punched Clocks, sharing advice on finding happiness and success in life and at work. After graduating from Penn State, she moved to Harrisburg to start her career – and is loving every minute of it. Follow Sarah for more advice and a glimpse into the many, many things she learns from @SarahLandrum

FROM THE FIRST WEEK OF AUGUST

Hello, Hello August! July has been a game changer month for me. I started a brand new business “Bridesmaid for Hire” and spent all…