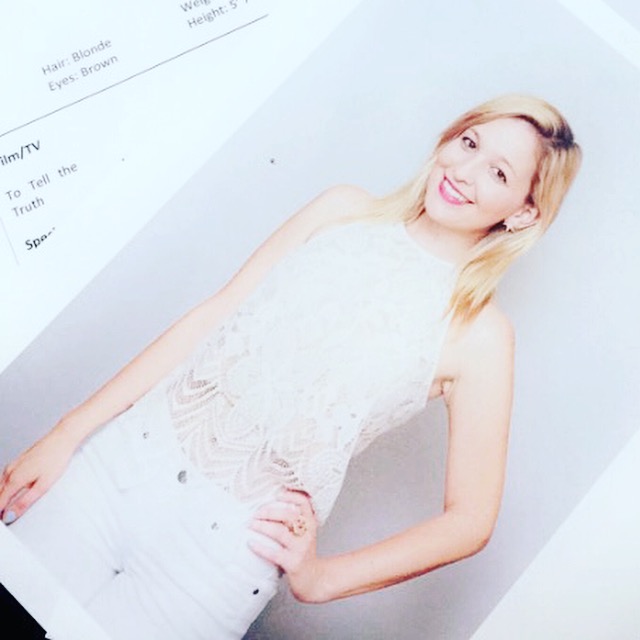 I tried everything not to. I didn’t set my alarm clock. I pretended I didn’t remember where my keys were. I stuck my tongue out in front of the mirror ahhhhh to see if maybe I had a sore throat coming on that would prevent me from leaving the house.

My tonsils looked fine. My keys were right next to my purse. My alarm didn’t need to go off. Who was I kidding? I could barely shut my eyes for more than a few minutes all night long.

It was Tuesday and I had an audition.

It seems so blase when I write that down. When I try to speak that sentence out loud.

s
I printed out a photo of myself, made an acting resume that was entirely blank because i’ve never been in a play/movie/tv show before, and stood in front of three complete strangers and acted out a monologue that I memorized that morning.

When it was done, when I spoke the final word of the lines of a character I pretended to be, I took such a gigantic breath that it sounded like I was choking on air.

“Well, thank you.” The stranger in the front row said. “That was….nice.”

“I just have to tell you,” I went on. “This is my first audition. I’ve never done this before. I walked in and out of the front door three times before deciding to actually go through with this.”

I always tell people more than they should ever know.

A guy in the third row stood up. He took off his thick-rimmed glasses. Dropped the pen and paper he held in his hand. Studied my resume. My headshot. My shaking limbs.

He sat back down.

I walked out of the room.

I may not get the part. I may never get a part on any stage. But that’s not why I went.

I went because I needed something to remind me that my heart still has the energy to beat out of control and I still have the energy to prove myself wrong.

FROM NOT FITTING IN, IN NYC

You have come to understand, that things just don’t fit here, in New York City. The way people twist and turn the…