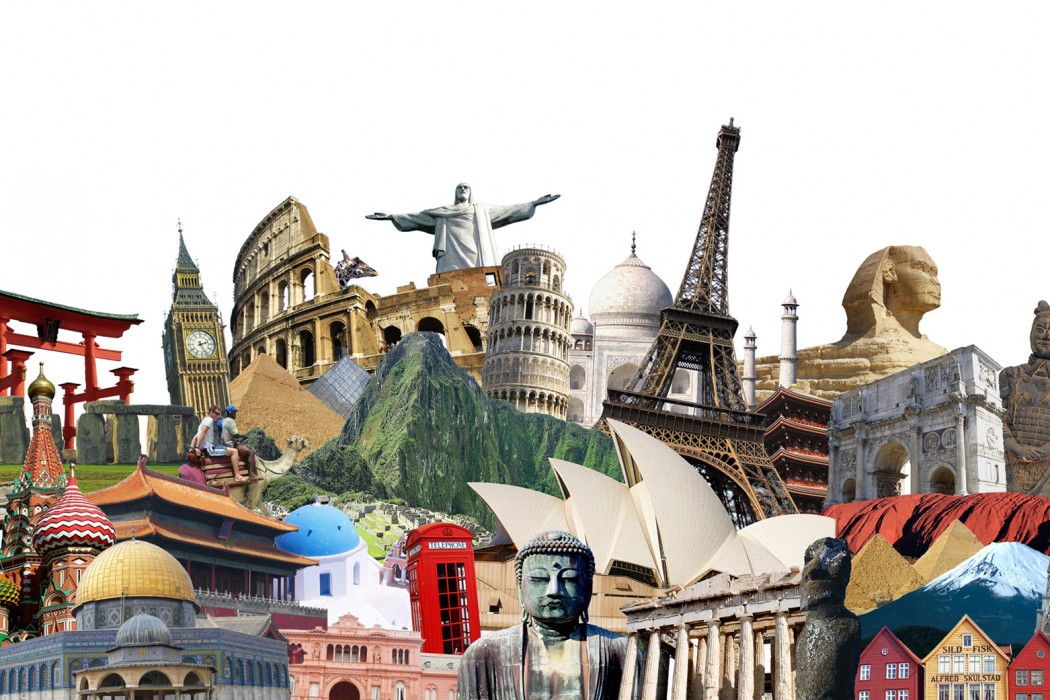 You might be tempted to roll your eyes at the friend who claims she’s become a new person after studying abroad. A few months in a foreign country doesn’t change you all that much – or so you think.

I didn’t expect to go through such a drastic transformation before I took off to a foreign country for a semester, but I definitely learned a few lessons from my journey that made me feel a bit more confident and mature. I didn’t dramatically transform like a butterfly, but I did grow up a little bit in ways I wouldn’t have expected. Here’s what I learned while studying abroad.

Before going abroad, I had visions of getting lost on winding streets with no way to get home besides pointing at maps and asking “Where is…?” with an awful American accent. However, most people I had to interact with spoke some English. I also made sure that I arrived knowing some key phrases, like hello, thank you, how much, etc. People were far more cheerful after I’d struggled through a phrase or two – it showed that I was trying to be a part of their culture, instead of expecting them to conform to mine.

Not knowing a language shouldn’t prevent you from doing anything. Just be polite and toss out a hello in the local lingo, and you’ll be all right.

In my study-abroad program, there were a few students from my college, a few from another American college and all the local students at the host university. It was all too easy to stick with my American friends or make friends with the kids from the other college, because that’s what I knew and was comfortable with.

However, the point of being abroad is to experience something new, so do yourself a favor and reach out to the locals. Once I did, my language skills got astronomically better and I learned all of the best places to eat, hang out and otherwise soak up some culture. I felt less like a tourist and more like a local, which made my experience so much more rewarding.

Even though I had no real interest in seeing certain monuments or visiting particular cities, I’m glad I went on those excursions anyway. They gave me great opportunities to make new friends, immerse myself in the culture a bit more and just do something different. Be adventurous and run off to do things without thinking too much first – being abroad is one of the few opportunities you have to really live in the moment.

To be fair, there are moments where planning is a good thing. For example, I can’t bring myself to skip town for a weekend without a few day’ notice. Trust me, deciding on a whim to go see that midnight movie in a foreign language, even though you have a test the next day and won’t really understand much of what’s going on in the film, is never a bad idea.

Money can’t buy happiness, but it sure can buy you peace of mind. Depending on your host country’s laws, you might be able to get a part-time job while abroad to help fund your stay. In others, though, that might not be possible. Check out some scholarships and see if your university has any financial aid programs to help you cover fees and some expenses. Save up before you take off so that you can afford everything else, from necessities like groceries and metro fare to treats like weekend getaways or a decadent meal at a fancy restaurant. It’s no fun to agonize over every penny you spend, so do your homework first to ditch some of that stress.

A friend of mine had her passport, phone and wallet swiped before she even arrived at her homestay. That’s not the greatest way to start your study-abroad experience, so keep an eye out for your belongings at all times, especially in particularly touristy areas, and be careful about who you trust. Make photocopies of everything so that if you’re one of the unlucky kids who does end up without a passport, you can still prove your citizenship and not be stranded in your host country – even though you wouldn’t really mind staying there forever.

One of the most difficult things while abroad was keeping in touch with my friends back in the U.S. The time difference, combined with busy schedules of classes, student organizations and sightseeing on both sides of the ocean, made things tricky. So get creative. Call your mom while you’re walking back to your apartment from class or dash off a few postcards to your friends while you’re hanging around in the piazza. Make time for people, because they won’t always make time for you. Out of sight, out of mind, right?

When you get back to the States, don’t forget to keep in touch with all of the friends you made abroad. From local students to the kids from other cities who are also studying abroad, you’re going to make a lot of close connections. Nothing brings you together quite like navigating a totally foreign country, and when you’re back home, a quick email to say hi goes a long way.

arah Landrum is a freelance writer and the founder of Punched Clocks, sharing advice on finding happiness and success in life and at work. After graduating from Penn State, she moved to Harrisburg to start her career – and is loving every minute of it. Follow Sarah for more advice and a glimpse into the many, many things she learns from @SarahLandrum