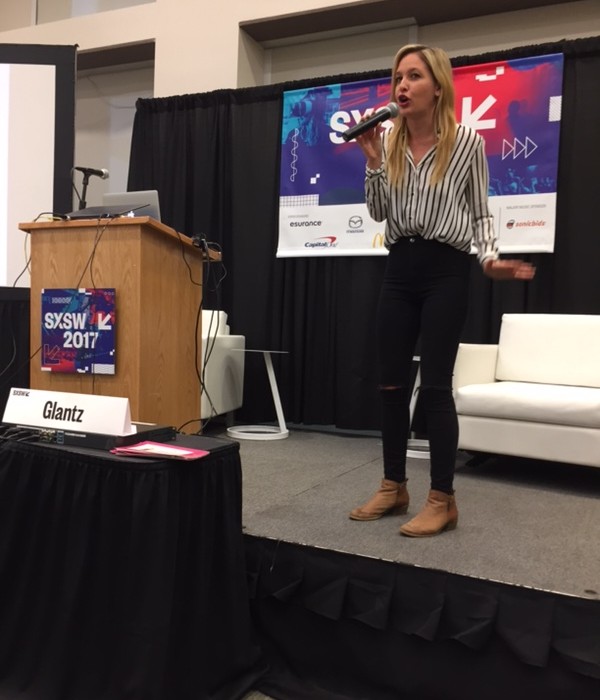 Not like there’s anything strange about that – that is how I wake up most mornings. But this morning, the sweat was trying to tell me something. I was nervous, extra nervous, to get out of bed.

A couple of months ago, my brother called me while I was at the beach and told me to apply as a speaker for the SXSW conference in Austin.

“What the heck would I speak about to a room filled with tech gurus ?”(because that’s who I imaged went to that conference)

“Apply,” he said. “I think you have a good chance and a lot of awesome things to talk about.

“But…” I started to say, trying to think of a good excuse so I could stay put on the beach chair and not rush back to my computer, because I was scared of applying and getting rejected, and also because the deadline was that night.

So I did. I submitted an idea for a session about something I knew so well because I lived It – the session was called “From Craigslist Ad to CEO”

I imagined my chances of getting picked were less than 5% but I submitted the session on time, shut my computer and danced through life for a few months, until I got an email I almost put in my spam folder because it said this:

So there I was, a few more months later, about to speak in front of who the heck knows how many people at a conference I never thought I was smart enough, cool enough, or relevant enough to attend.

But what does that matter?

We never perceive ourselves in the way we should. We always talk ourselves out of deserving opportunities we’ve busted our butts to receive.

Here’s how the day looked: