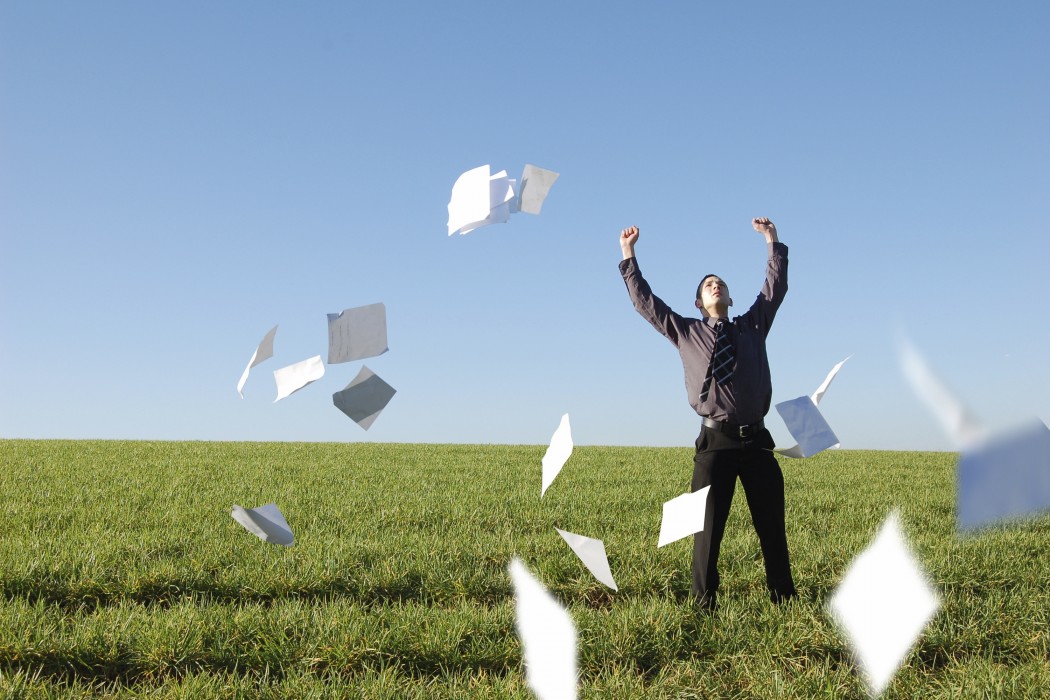 “One of the things we’ve seen from all our data crunching is that G.P.A.’s are worthless as criteria for hiring, and test scores are worthless. After two or three years, your ability to perform at Google is completely unrelated to how you performed when you were in school, because the skills you required in college are very different.” —  Laszlo Book, Google’s SVP of HR

If Google doesn’t care about your GPA, neither should you.

I’ve gone on over 27 job interviews since I graduated college almost 3 years ago. I wish that was a pathetic exaggeration and the number was closer to something in the single digits, but I have the bills from Kinkos (from all the resumes I had to print) and the layers of sweat stains on my button down blouse to prove it.

And on each of those 27+ interviews, I waited on the edge of my chair, hoping that someone would ask me what my GPA was. But they didn’t. Never. Not even once.

-Where do you see yourself in 5 years? (As if i knew where i saw myself that very night)

-What New York City subway stop best fits your personality? (Is this a trick question? None, because they all smell like someone urinated all over an overflowing pile of garbage)

-What superhero do I most look up to? (Quail Man, because i did…do…have a crush on Doug Funny)

I kept a pretty solid GPA throughout college, but it wasn’t easy. I often stayed in the library till 3 am, writing papers with footnotes that had footnotes and thumbing through textbooks 1/3 of my body weight. My purse was constantly stuffed with highlighters and index cards and graphing calculators.

But here I was, on these interviews and no one cared about that number.

Failure isn’t flattering either, that’s for sure. And that’s definitely not what I’m trying to tell you, my friends. It’s not about never opening the book or going to class or laughing in your teacher’s face when she tells you that you really need to work harder. If you don’t care about your GPA, at all, you won’t graduate college and then your scholarship will be revoked and then you’ll be forced to work multiple jobs a week off Craigslist.

It just shouldn’t be the only thing you focus on. The internships you gave your prettiest 40 hours a week for free doing, the organizations you wasted your evenings with, the football games you lost your voice screaming at,  the community service projects where you found yourself painting houses or sorting through cans of food. Those are things that will come in handy. That will fill up the lonely parts of your brain that are slammed with textbook facts and step by step instructions on how to study the correct information to pass your final exam–that part of you won’t need when you have to figure out how to make new friends at work or ask your boss for a raise or put together a speech that will add some life and color to your power point presentation that may land you a promotion.

So what, you got a C on a test that you could have studied a few more hours for but instead, you stayed late at your internship to observe the CEO of the company deliver a presentation to investors. You’re better off.

Or, you were 15 minutes late to class because you were running around on campus trying to convince fellow students to vote for you for a Student Government position. You’ll be alright.

The best question I was ever asked on a job interview was also, at that moment, the worst.

What’s one thing you regret?

I was being asked this during my fourth round of interviews for a job by the company’s President. Luckily, on the phone. Or else, he’d probably be flustered by my face, which i’m guessing looked like someone just told me there’s no more pizza left on this entire planet.

I took a deep breath and decided that I may as well be honest. At this point, 30 seconds passed and we were just sitting there in silence. Me, trying to compose words and him, probably drawing a giant red X over my resume

I wish I started sooner, I told him before I really told him, I wish I understood what really mattered and focused on working toward that.

Two hours later, I checked my Gmail and sitting at the very top of my inbox was an email from the President telling me this:

I got the job.

FROM SUCCESS OR HAPPINESS

I was asked a question on an interview the other day that made me nauseous. “Which would you rather?” I thought what would follow…