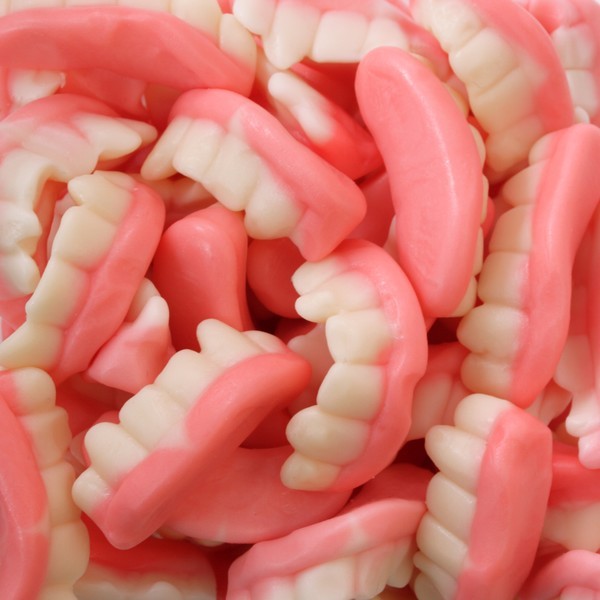 You used to believe the dentist was not human.

This was when you were three and he would appear like a stealthy magician out of the corner of the room wearing his Disney costume of the week. He would side step to Kidz Bop as he did the once over on your baby teeth and twirl around strings of neon colored floss while juggling tooth brushes as he showed you the proper way to take care of your pearly whites. And when it was all over, when it absoultley had to end, he would let you run loose in a large treasure chest filled with tie-dyed bracelets, miniature Beanie Babies and plastic figurines of Gumby and G.I Joe.

This was all until one day, when you maxed out the age limit and your legs dangled too far over in the chair, that you had to say goodbye to this mystical creature  and walk next door to meet the new guy who would be watching over your awkwardly grown in adult teeth. A 42-year old man with silver hair and bad breath whose daughter, Silvia Goldberg, sat across from you in geography class.

So you find yourself back in the chair. This time to get a cavity on top of an already filled cavity fixed. Come on, the tooth wants out of it’s misery already and is begging to be pulled, capped, replaced with a porcelain overlay that will cost you more than a months rent in New York City. So unless that tooth fairy, that old bag wherever she is, drops a sack of gold coins in your lap you have to settle for the drilling and the filling–the discounted option.

This guy has no gimics. No costumes, no dance moves, just poor jokes that he has “never done this before”. You don’t laugh you just show your teeth in the same way a pit bull would if he was about to attack.

You keep one eye open.

He starts with the drilling and his assistant asks you how you are doing. LET ME TELL YOU HOW I AM DOING, you try to say outraged out of the side of your mouth that is not numb. But you can’t because you have an entire tool box floating around on your tongue. You let one word out and choke back on your own drool.

You start to make promises you know you can’t keep. You will floss five times a day, brush after every meal, kick your jelly bean eating habits to the curb.

Anything to get out of this chair.

Start rearranging your life. Tell yourself that for now on you will wake up an hour earlier in the morning and hand out toothbrushes to the homeless on the streets. Book a trip with Angie and Brad and teach those third-worlders a thing or two about their chompers.

Tyra Banks says you can smile with your eyes, well you can also scream with them too. The Dentist catches your brown pupil going wild and taps you on the shoulder to relax.

Come on Doc, take it easy on me. These teeth have been through a lot– a headgear apparatus, braces, a nightly retainer you have to wear. And just as you are feeling calm, you hear him make a comment to a lady walking by. He tells her that her new hair color is sexy. You bite down hard on his finger reminding him to stay focused! Flirt with her after– you mumble to him and he thinks you said that you enjoy acting–that is if you allow him to survive with a full hand of fingers.

He polishes you up like one would a pair of dress shoes and says you are okay to be released back into the wild . No finger dipping into the treasure chest, no song and dance jab to get you feeling  peppy and happy about your patch job of a mouth. Just a large bill waiting for you at the front desk that is heavier than your credit card can carry, these days.

Oh the woes of growing up.

FROM 10 TRUTHS NO ONE WILL TELL YOU ABOUT DATING

“There is never a time or place for true love. It happens accidentally, in a heartbeat, in a single flashing, throbbing moment.” ― Sarah Dessen…