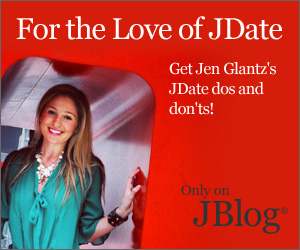 The best part about being on JDate is having other friends who are on it as well and can fully understand what you’re talking about when you start to vent and run away wildly into an online dating story.

The other day my friend was telling me about how she met this guy on JDate and things were going smoothly. I nodded my head in happiness and sighed with a bit of jealousy, hoping that one day soon I could say the same. But then she told me after each date she texts guys saying, “Thank you” and that she “had a lot of fun.”

My eyebrows immediately raised and I let out a giant, “WHAT!” I had always thought it to be girl code that you wait until the guy texts you first after the date. My friend, who is a couple of years younger than me (but obviously a few years wiser), told me no way—that is how you lose them!

She couldn’t be more right.

“Kids laugh over 300 times a day and adults only laugh 20 times a day.” – The Truth Since I was old enough to…