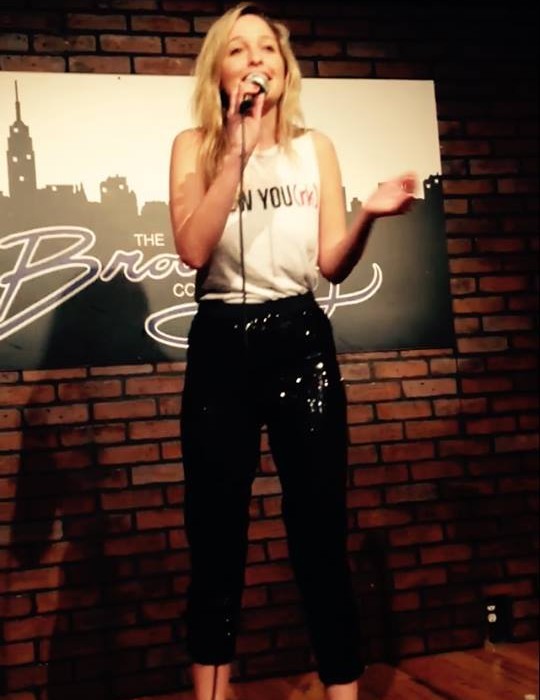 “Fear doesn’t shut you down; it wakes you up.”

The list is filled with the things that make my stomach get all bubbly and my heart race out of nowhere, like when I was in middle school and my crush of the week just so happened to side swipe me with a look as he was passing by for lunch.

That list, I’ve come to learn, could easily be renamed.

Could be crossed out with a smelly red sharpie and replaced with a header that says, “This is a list of things I desperately want to do”.

Bungee jumping is on that list. So is falling in love again.

So I figured I’d start with that thing.

Because I needed something in my life that could let me relax a little bit.

That could take me off Wi-Fi and at a healthy distance from my overstuffed inbox and heavily filtered social media channels for three hours each week.

Something that could shake up my sleepy insides and get those butterflies to erupt in my stomach once again. That in the end, would make me better at something I felt I was a complete disaster at.

I signed up for stand up comedy school last June. But then, a day before it started, I canceled.

I called and said I had changed my mind.

“The idea of taking this class sounded really awesome,” I said to the lady on the other end of the phone. “But come to think of it, I’m good. Not really in the mood to get up on stage every week and make a complete mess of myself. Thanks though.”

“You have to take the class,” she said.

And I thought to myself, man this lady has no idea that she’s talking to the most stubborn person in the world. There’s no convincing me of anything.

“Because we won’t refund you your money if you don’t.”

I was back in. Told her I’d start next semester instead.

Oh, the power of losing money you don’t even have in the first place!

I made a promise to myself right after the first class. That for the next ten weeks, I would figure out a way to do this.

That I’d show up, at the very least. And I’d get out of my chair. And I’d speak the jokes I wrote.

Even if my hands were shaking so much that the microphone was getting motion sickness. Even if I was sweating so profusely that I had to take off so many layers of my clothing I was practically in my underwear.

Even if nobody laughed – and let me tell you, most of the time they didn’t.

But when they did, you feel, I’m guessing, very similar to how it feels to be Taylor Swift during her stadium concert tours, when the crowd goes wild for her when she’s singing Shake It Off.

Some weeks, I said the punch line before the setup. Some weeks, I was so nervous I barely said anything. I’d get up and read my jokes as if I was reading a portion of my Bat Mitzvah Torah portion out loud.

The week before our final performance, I decided the only way I was going to get on stage and perform in front of a room full of strangers was to give it all up.

Wehn I told people that I was taking this class they would tell me that they wish they could do it tpo.

And I’d ask why they couldn’t?

Why me and not them?

They’d tell me that they were scared. Terrified. That they could never find the courage to take this kind of class.

Let me tell you a secret.

But I signed up. I paid the money. I canceled. Fear of loosing a couple of hundred dollars brought me back.

Because fear is what drives us. Wakes us up like an annoying alarm clock that can be heard three apartments down.

Have a staring contest with fear. Promise yourself whoever blinks first is the loser.

Even if right now you don’t think you can.

Fall in love with fear. Sweet love. Only then will you suddenly understand something called courage.

I did it. And I’d do it again. All over again. Even if that means feeling like you are literally going to choke on your spastically beating heart a couple of seconds before they call your name to get up on stage and perform.

FROM FASHION NIGHT OUT

“Style is knowing who you are, what you want to say, and not giving a damn.”–Gore Vidal My fashion vocabulary consists of just two…