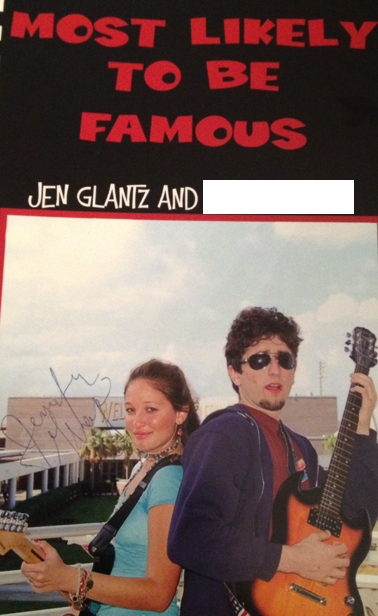 My two best friends in high school were named “Miss 18 Going on 8” and “Miss Outrageous” in our senior yearbook superlatives.

My gosh, I used to think I couldn’t live without these girls. We danced like straggly spaghetti together at our prom, conquered taking lousy SAT practice tests by eating an ungodly amount of sweets after, joined wacky clubs and passed notes across the room during AP Statistics class.

Now, the first is a high school teacher and the second, minutes away from graduating law school.

Six years later, I’m back lounging in my childhood bedroom when my memory is sparked of these girls after a stack of dusty yearbooks in the corner thrust me into a full-blown sneeze attack.

I dust them off and see the baby faces of the people who occasionally now pop up on my social media feeds. Some have kids, others shiny diamond rings or tattoos on their faces, one with hints of gray peaking through his hair.

It’s boggling how these are the people who knew me during the period of time when I was at my messiest in life, swirling through braces, growth spurts, learning how to play the electric guitar, wanting to be some kind of writer, psh. All before picking college majors, joining a sorority and moving away from home became my daunting reality and made me waddle closer to being this crazy little thing called “a grown up”. Anyway, many of these people still only know me as that, and that is what makes me all mushy on my insides.

Ever since those chunky yearbooks got in my way, I’ve been riding on this “I miss you” bender where I’ve spent too many hours daydreaming about being 15 again and the people who were on the other side of my Motorola flip phone, answering my abbreviated text messages and frantic over dramatic phone calls about breaking news on you-know-who’s Live Journal page.

You know that awful way that the people who were once our main squeezes, sidekicks, partners in crimes, BFF4L’s suddenly become strangers? Those we now pass on the streets of New York City, walk by in the mall, push to the side when it comes time to wishing them a happy birthday?

Well, I can’t stand that.

In honor of the Jewish New Year and just the blunt reality that time chips away as fast as OPI nail polish after a manicure,  I reached out to a couple of the people that I have not heard from in quite a while, the ones who scribbled quickly and efficiently what it is about me that they will never forget on the inside cover of my senior yearbook.

I want to know where they are now. Even more, I want to thank them for thinking that I was a tiny bit “cool” during my awkward, brace face, Brazilian jean wearing, thick eyeliner makeup, punk rock phase. Yep, thanks for acknowledging the early years of my mismatching, recycled clothes years as “stylish” and to the one girl who wrote in purple pen, using capital letters to shout out to me, “don’t ever change”, I desperately want her to know that behind the Gap slacks and overflowing briefcase, I truly haven’t. I’m still trying, still convinced, still determined to live up to my senior superlative, “Most Likely to be Famous”.

Let’s talk again in another 6 years about that one, shall we?

FROM HOW TO FIND THE PERFECT MOTHER’S DAY GIFT

How do you even begin picking out a gift for the woman in your life who means more to you than anything else? I’m…