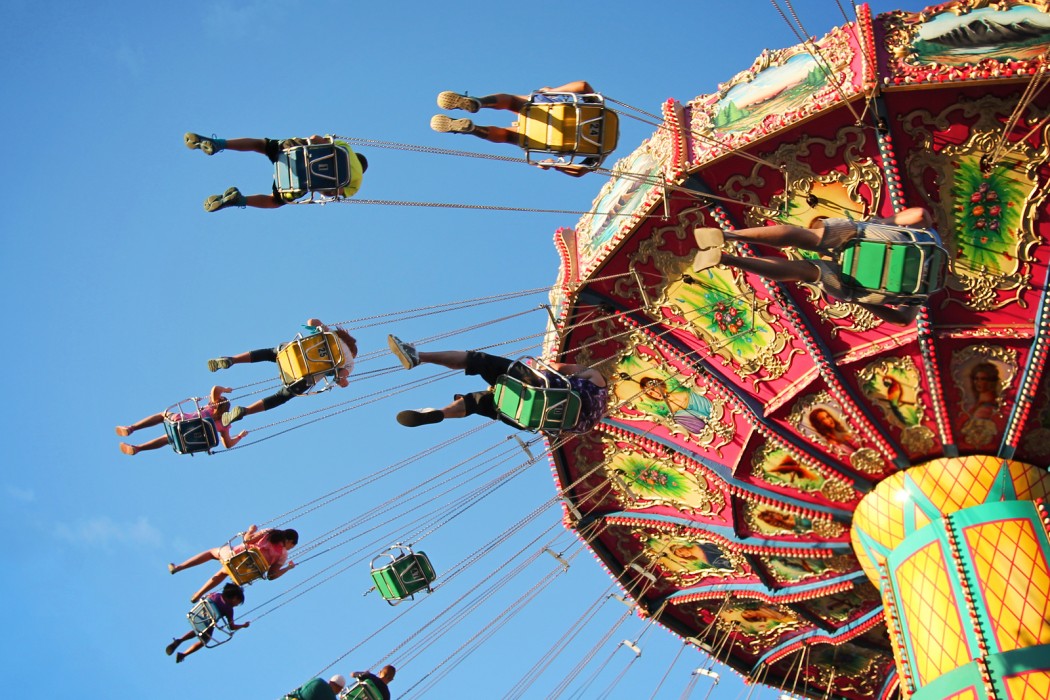 When I was 8-years-old, my family decided to go to the county fair.

Now, the Iowa State fair is a huge deal and super awesome and always filled with really fun rides, but the county fairs are generally pretty small. Our county fair was tiny, only had 6 rides at it (on the good years), and most of the time, they were rides for really young children. It was the kind of county fair that you could go to and ride one single ride over and over and over again because there was never going to be a line.

Once we got there, my little sister (3-years-old at the time) wanted to ride the swing ride, so I agreed to ride it with her. My mom walked over with us and watched us from the little fence at the side. Since I was riding it, I put her in the swing and strapped her in before it took off. The swing ride looked similar to the one above, but not exactly. Because it was such a small fair, it only had really old, small rides. It was a swing ride, but it didn’t rise in the air at all like most do, and it didn’t go very fast.

When it was over, I unstrapped myself and walked over to get my sister out of her swing and bring her back over to our mom. While I was unstrapping her, the person running the ride, turned it on without noticing that I was standing there. Naturally, I got plowed over by all of the small children in the swings. Remember when I said that it didn’t go very fast and it didn’t rise in the air? Well, there I was. Stuck under a carnival ride. With all of the kids dangly legs flying above me. Instead of rolling out from under the ride, I panicked and just lied there with my eyes wide open, terrified.

Since I was an 8-year-old lying on the ground terrified of the carnival ride that I was trapped under, you would think that my mother, who was watching us the whole time, would’ve told the person running the ride to shut it off because her poor child was trampled. Instead, my mother burst into hysterics and was uncontrollably laughing while watching the ride and unable to do anything to save me. Her best friend wound up running over to the person controlling the ride and telling him to shut it off while my mother fell on the ground in laughter.

Eventually, I was able to stand up and help my sister out of her swing once again, except this time, we escaped the carnival ride vortex. My mother greeted us at the gate, but was unable to speak any words as she was still obnoxiously laughing – it took a good half hour before she recovered from that one.

Sure, that’s the only time that I’ve ever been physically trapped under a carnival ride (and hopefully the last time), but occasionally – more often than I’d like to admit – that’s kind of how adulthood feels.

When I was 8, I was trapped under physical humans who were flying above me in swings. Now, I’m trapped under the weight of wanting to be successful but constantly lacking the experience that I need.

When I was 8, I panicked because my natural inclination during a crisis is to think about my impending death. Now, I panic weekly because I never know what direction my life is heading and am constantly working towards goals that may never work out the way that I hope.

Adulthood can be really scary, and it can throw me into panic mode with just one glance at my weekly to-do list, but I’ve learned that sometimes, you just have to laugh through the adversity, work as hard as you can, and hope for the best.

One day, I’ll wake up and no longer feel like I’m trapped under a carnival ride, but until then, I’ll keep laughing about the yesterdays and dreaming of the somedays. 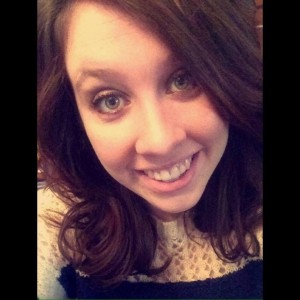 FROM DOING 3 IMPOSSIBLE THINGS A WEEK

I had tea with a new friend last week. Three sips in to my chai latte, she said something that made spit up all…