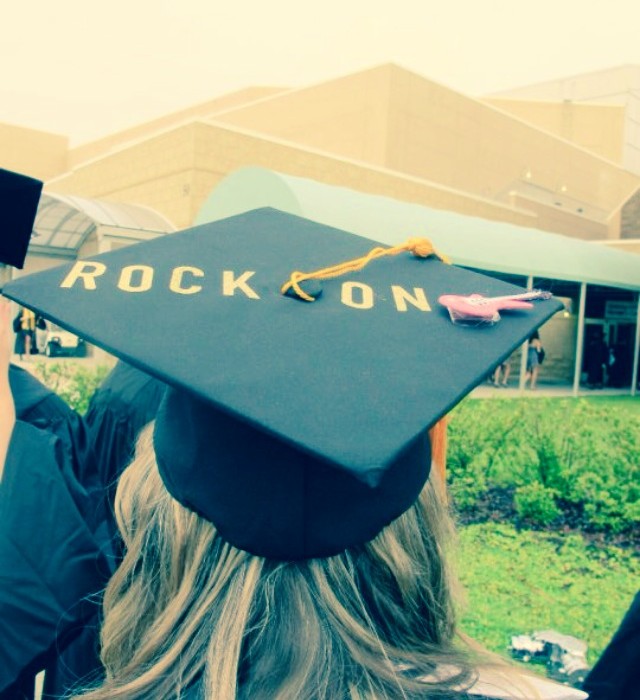 “What you do with your life is, really just one half of the equation. The other half, the more important half, really is, who you’re with when you’re doing it.” – Post Grad (the movie)

“You know,” she says, pausing between words as if she can already predict my reaction. “You’ve officially been out of college the same amount of time you’ve been in.”

Four years in college seems like a mini-forever. Constantly meeting new people and finding yourself creating these adventures that later turn into epic stories that always seem to end at Taco Bell (at 4am). It’s changing majors, it’s an internship here and there, it’s a bunch of how the hecks am I going to pass this Astronomy final – and then you do.

Four years out of college seems like a Sunday afternoon nap. It lingers and occasionally it jolts you awake in the middle of it. But mostly, it’s as if your newfound time in the real world is flipping around like a chaotic REM cycle.

In the four years since I’ve been “out”, I postmarked myself in 3 states and worked 4 very different jobs. I learned how to do things the college version of myself never thought I’d have to do, like: quit a job (or two…) or fly to a random state and walk into the 12th floor of an office building, that housed my dream job, and beg a lady that smelt like Pantene Pro-V shampoo to hire me.

In my four years galloping around the real world, here are four lessons I had to learn the hard way.

[Disclaimer: this was a “real” job. Meaning there was a paycheck – yet it’s not a job that you’ll find while pursuing LinkedIn and it had an expiration date. The job had me constantly traveling to new schools working with the women that were chapter members of the sorority I worked for.

*Put yourself in awkward, uncomfortable situations, as often as possible. Always say yes to something that gets those butterflies in your stomach doing the electric slide. Because. Because. Because the more you do this, the more you’ll look at new situations, that would otherwise have you hiding in your closest, as just another familiar adventure. It’s kind of like working out: the more exercises you do to get your heart rate up – the better shape you’ll eventually be in. Same with the situations that get our heart racing and our palms all sweaty.

Year 2 (2011-2012) – Worked at a magazine as an assistant editor – lived back home in my parent’s house with my beanie baby collection and Clay Aiken poster.

*If you want something bad enough – but don’t know anyone who can help you or don’t have any clue how to start – don’t give up. Figure it out. Have nightly dates with Google and make weekly goals for yourself. Start right now – at this very moment. Not tomorrow morning or the next week or on January 1st. If you want, want, want, stop complaining about what you don’t, don’t, don’t have and capitalize on what you do. Or what you can learn.

*Talk to strangers. They won’t always help you find a job or know the answers to your ‘What the heck should I do with my life’ questions, but they’ll enlighten you in ways friends can’t. Friends are great – don’t get me wrong – but they already know you, and you them. Sometimes you take a story and only tell your friends 1/3 of it because you know that’s the part that’ll interest them the most. Find yourself on a bench in the middle of the park, in line to order a mocha latte, picking out strawberries at the Farmer’s market and say hello to someone, anyone. Strangers are the people who easily win the superlative, “Most likely to change your life.”

Year 4 (2013 – Hey! Here we are) – Working as a copywriter for a startup, living in that same apartment that costs more than the average person’s yearly car payment.

*Learn to understand rejection as another way of saying “Hello, nice to meet you. Please try again.” All of us (even you) will find ourselves staring into the teacup eyes of rejection and we’ll have to learn how to wrap our arms around it before letting go and moving on.

There’s going to be that guy you go on a few dates with never hear from again (I’m sorry) or that job you make it to interview number 5 on and they say you’re just not a good enough fit (but i can learn to squeeze into smaller spaces – you’ll plea) or the book you want to write more than anything and someone tells you “It’s just not the right time”.

It’s true. It’s as if the second we no longer have semesters and syllabuses and teachers telling us to not talk out of place – time slaps us across the face. Dangles itself in front of us like a mean adult with candy and says, “You want me, huh? Well do something about it.” And we must do something about it.

After my friend put two and two together and reminded me that I’m four years out of school, I went home and opened up an old notebook of mine and skipped to a blank page. At the top of the page I wrote: Jen’s post-grad list of accomplishments and I sat on top of my unmade bed, with my eyes closed, trying to think of just four, just four, things I’m proud to say I accomplished since graduating.

And I could – we all can, actually, as long as we learn something from our post-grad “welcome to the real world” slaps in the face along the way.

ALL MY FRIENDS ARE ENGAGED (FAQ)

“The things you’ll learn from ALL MY FRIENDS ARE ENGAGED: Never trust a boy wearing jorts and sometimes, love can be as messy as…