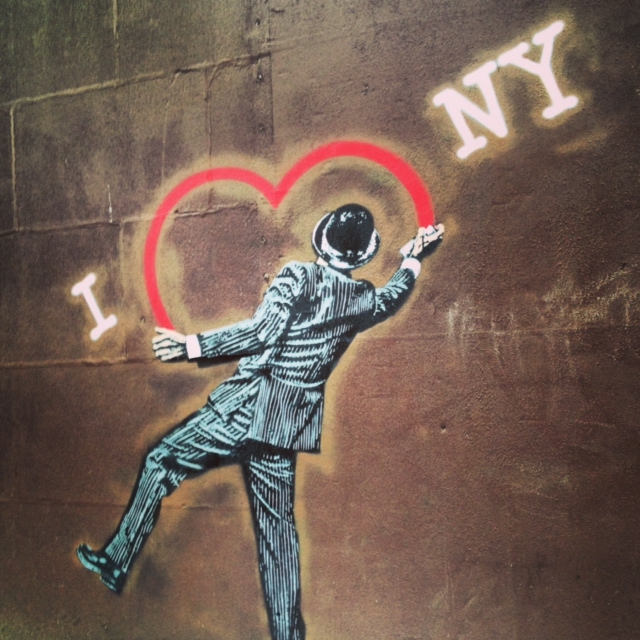 “There is something in the New York air that makes sleep useless.” – Simone Beauvoir

1. There’s always a match to be made

If you’re single (and you know it) someone else will always be clapping their hands for you. Once the people you bump into in the city stop asking why it is you’re possibly still single, they’ll start asking you if you’d like to meet every other single person they know.

If you’re Jewish (#Challah), you won’t even have a say in this. Your Aunt in Westchester, your rabbi from middle school, or a girl you went to Jewish summer camp with at age 7, will call you up out of the blue to let you know that they gave your number to an Adam or a Shumlik, perhaps a Jacob who lives on the Upper West Side.

And before you’ll have the chance to let out an ughhh or a Come on, not again! They’ll tell you 18 reasons why he’s the one for you –including the intimate details of his financial situation or how he’ll be just the perfect accessory for you to bring back home with you to Boca Raton, Florida for Passover sedar.

2. Dates start past your bedtime

The city that never sleeps, huh?

Most dates you’ll go on during the week will first start around 9:45pm. Happy hours or lunch dates (Who gets a whole HOUR for lunch anymore?) are extinct in a place where chances are one of you (or both of you) works a 9-whenever the items on your to-do list are crossed off.

People will always try to tell you that you’ll meet the one when you least expect it.

Well in NYC, I’m meeting new people all the time!  The homeless guy by Grand Central Station who once almost spit gum in my hair, the lady who punched me in the nose by Herald Square,  or some guy who stood behind me in line at Chase bank  and mumbled something about the shape of my butt.

Sure, you’ll meet a lot of new people here – but most of them won’t be dating material. Most of them will seem more like fictional characters your friends back home will swear you made up for the sake of an epic story.

Twitter. Spin class. Dough Boys Pizza. The 9/11 Memorial. On the 6 train. In line to use the bathroom at a dive bar on 6th avenue.

These are all places I’ve met people who have asked me out on dates in the last 6 months.

When the bill comes, neither one of you can really afford to pay it. Two drinks each in this city will cost more than you probably make in an hour and that appetizer you ordered costs more than your grocery bill for the week.

6. You’ll go on a lot of dates to “Speakeasies”

Which will take you forever to actually find – since speakeasies are bars that are “hidden”. They often don’t have signs marking their location and once you’re inside, you’ll find they don’t even have menus.

A waiter in a bowtie will approach your table and ask you the most intimate question of the evening: what do you like?

And in front of two guys: both strangers, one you’ve known for just a few minutes longer, you’ll begin to spill your guts. You’ll admit that you’re allergic to molasses and tequila makes you nauseous and there’s no better taste in the world than coconut all before you ask if you can just order a beer.

And you’ll watch your date fumble with his hands, raise an eyebrow, laugh uncomfortably in this bar with no menu – without even a sign on the door.

7. Dating is nothing like it is in Sex and the City

You’ll go on a date, or two, with a guy and never hear from him again. Until you bump into him: one of you is looking down at your phone and the other is observing a sign on a window and you will literally crash into each other on Park Avenue, at 7pm.

This will happen with every single person you never want to see again.

When you don’t have a date lined up on a Friday night – you can 100% rely on the city to show you a good time.

Or, if you don’t have a date lined up, you’ll be so exhausted from a long work week that you’ll find nothing sweeter than spending Friday night crashing on your couch, eating anything you can find in your pantry.

Most people in this city are on more than one dating site, or have tried more than one dating site/app, and therefore the more of them you go on, the more people you’ll start to “think” you know when you’re out. Everyone in this city will start to look familiar and after digging through your memory trying to figure out how you know them—you’ll realize you swiped right over their face on Tinder or messaged them on JDate.

12. People will judge a book by its neighborhood

The second question after what do you do? Will be where do you live? And from that – you’ll be judged.

I live in Murray Hill and when I tell people that, they roll their eyes, tell me I’m stuck in college, and assume a list of things longer than my grocery list.

Sometimes I lie and say Gramercy and people will gush with excitement and awe and want to hold my hand and sip lemonade on the steps of a Brownstone I don’t live in.

If you don’t want to be. There’s always something to do or a place to hang out at. I’ve watched hours float away from me as I sat on a bench in Washington Square Park and chatted with strangers.

14. There’s a dance floor, somewhere, with your name on it

Every once in a while, you’ll go out with a bunch of your friends and spend the night dancing in the basement of some Lower East Side bar like you don’t have a problem or a care in the world. You’ll throw your hair up in a messy bun and laugh so hard until it’s 4am and the music stops and the lights come on and your legs are sore from dropping it low to a Ying Yang Twins song. And then, we’ll then you won’t go home just yet. You’ll grab a greasy slice of pizza. You’ll walk along the East River and watch the sunrise. Your friends will take pictures that no amount of Instagram filters can ever make look as truly awesome as the moment really was when you were inside of it.

15. Buildings will become stained with memories

That Italian restaurant in Union Square or that Steak House on the Upper East Side or that pothole in the middle of Maddison Avenue won’t just be ordinary places you can pass by with indifference; they’ll become extensions of the people you went there with. That’s where we kissed and this is the last place we went before we stopped seeing each other. They’ll become triggers that remind you of the stories that starred the people you used to share your heart with.

No one : not your toes, or the guy sitting across from you on a first date, or the pee-stained pavement of sidewalks that line this city will appreciate or commend you for wearing high heels. Skip them.

17. Christmas in the city is worse than Valentine’s Day anywhere else

You’ll feel the most down about being single around Christmas time. That’s okay. Stock up on peppermint Hershey kisses and tea and books and Netflix and try to avoid touristy areas and mistletoe. Have you ever found yourself, alone, standing underneath mistletoe? I have.

It takes a while to love yourself, but you’ll start to like yourself here. Because you have to. Because you’ll find yourself spending a lot of quality time with yourself on the subway or waiting in line for a bagel or sitting in central park reading a book you hope will never end.

And you’ll witness the most ridiculous things sometimes, alone, and you’ll find yourself laughing, alone, or talking out a full problem to yourself in public, alone, or crying inside Bank of America, alone, and if anything being in this city will help you realize one thing: You’re going to be just fine.

Before you leave – here’s why you should subscribe to The Things I Learned From! I’ll send you a Monday pick-me-up email every single week. Just scribble down your email inside the box on the top right!

FROM THE COMMON COLD

“I like to call in sick to work at places where I’ve never held a job. Then when the manager tells me I don’t…