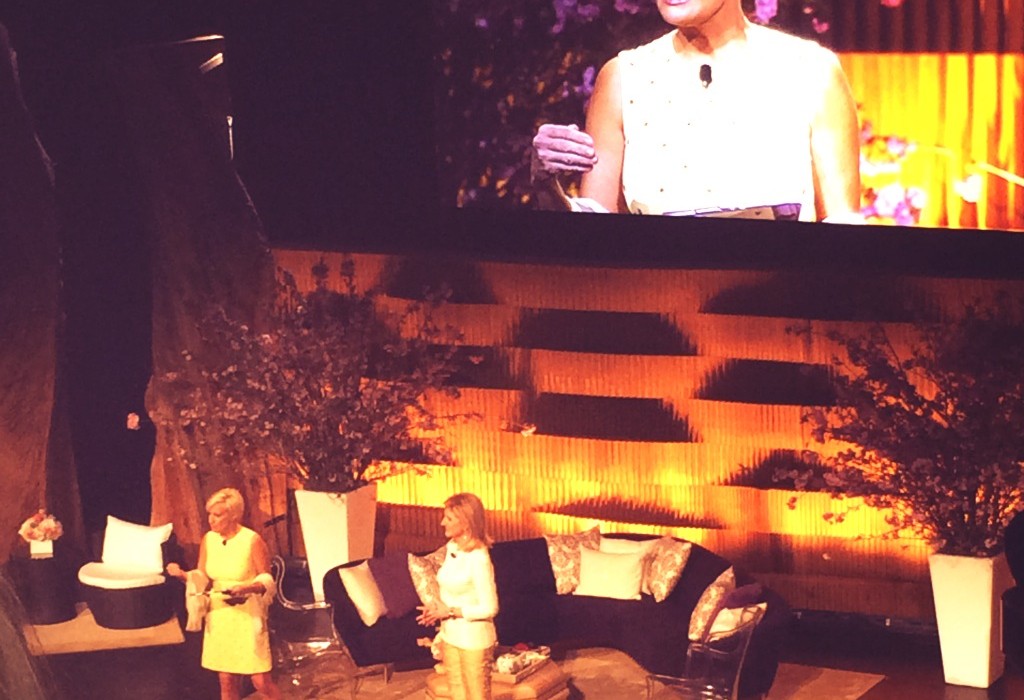 The event is geared toward redefining success and learning how to live a fuller, more-impactful life.

But really, it’s an event that teaches people – who are often going at speeds of 100 miles an hour – how to slow down every so often.

There were quite a few inspiring speakers last night – but here are the ones that made the butterflies swarm inside my stomach and the tears giggle underneath my eye lids.

She’s a comedian – who just so happens to have cerebal palsy. You can check out her TED talk called ” I’ve got 99 problems…palsy is jut one.

I’ve always been inspired by Arianna & made it one of my goals to become a writer for The Huffington Post. That finally happened last year (woohoo!). Arianna speaks with humor, passion, and honesty. It was really cool to see her in person last night.

“Live life as though everything Is rigged in your favor. ” – Arianna Huffington

“Happiness is a skill that we can learn — like playing tennis or golf.” – Arianna Huffington

Dani is a writer, who like myself, often pours out her personal stories for the masses to read. She was a very candid speaker who reminded the audience that they can start their day over at any given time – which is an important realization (especially on a Monday!)

“What i’ve learned is that deep inside, while beautifully different, we are also all profoundly the same.”- Dani Shapiro

Subscribe to The Things I Learned From & receive a weekly email with the latest posts and fun life tips! Just type your email in the box on the right side of the page!

FROM READING OUT LOUD

“Do one thing every day that scares you”– Eleanor Roosevelt Why? Okay fine, I understand why. Because it is important for personal development and…