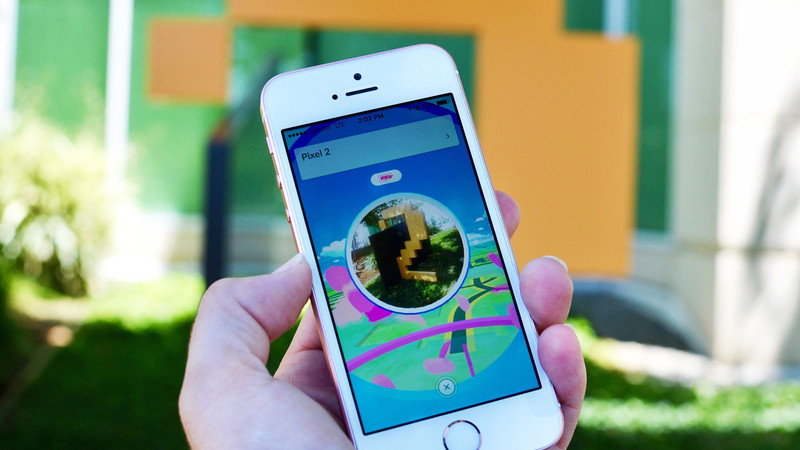 I was an early adopter of the mindset that PokemonGO is ruining our world.

My friends, who I already had to work extra hard to get their attention because I was now competing with shinier things like Instagram, Twitter and Snapchat, now had another distraction keeping them from listening to my story about that guy on the subway who….

Oh never mind. Who am I kidding? My story isn’t as interesting or captivating or addicting as playing that Pokemon Go game.

I never played Pokemon when I was a young babe and I still don’t play it now. The main reason I haven’t given in to the buzz is that my phone battery dies every hour. I seriously can only make three phone calls and send ten texts and then I have to recharge. If I even try to go on Snapchat for more than 5 minutes, my phone shuts off.

The other reason is because I can’t get addicted to something new right now. I just finished a House of Cards watching binge and i’m so grateful to have some free time back in my life. I’ve chosen to invest that time in learning how to do my taxes before April slaps me in face – again.

And the real real reason is – I like to talk to people. I love people, especially strangers.

I work from home now and I go days without seeing anyone – except for my roommate and my boyfriend. Both are tremendously wonderful people – but sometimes I crave even more human interaction. Downloading the Pokemon Go game, I thought, would just give me another excuse to not socialize with new people when I have the chance.

That it would have me glued to my phone even more.

I was in Central Park last week. It’s become a hub for Pokemon Go players. They congregate there. I’ve never seen more people in the park, at dusk, then I did that night. For no reason – other to play that game.

I climbed to the top of a rock and watched as people walked into the park alone, looking down at their phone, and then found a group of strangers to play the game with – looking up from their phone to talk and discuss and become friends.

Maybe the game I rolled my eyes at initially is actually something that can cure my need for more daily human interaction? Is something that can catapult me into a world of making new friends? Maybe it’s way for others to have their worlds changed? To go outside more – meet new people – find love even?

I don’t know. I won’t download the game. I just can’t. Not until I figure out this crazy little thing called taxes.

But I take back all the nasty stuff I said about Pokemon Go – for now, at least.

FROM ALWAYS A BRIDESMAID FOR HIRE BOOK TOUR

I’d love to say hello to you in real life! Here’s a full list of the stops on my book tour. Can’t wait to…