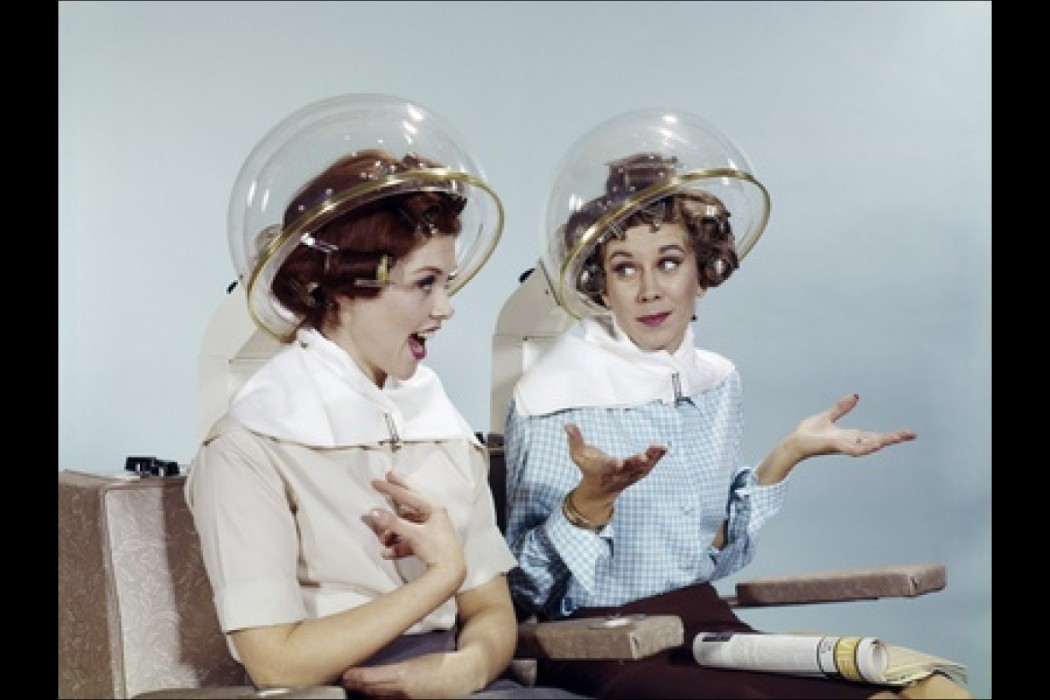 I died my hair gray.

It was completely by accident, of course.

I walked into a random salon on third avenue and asked the lady behind the front desk who was available to put blonde highlights in my hair.

I trust strangers way too much.

“Have you been here before?”

I shook my shaggy blonde-ish hair in her face.

“Well, then how did you hear about us?”

I’m old fashioned when it comes to beauty. I don’t research salons on Yelp or try to get a good bargain off of Groupon. I walk the streets of New York City until I find a place that doesn’t look like they will give me an accidental mohawk.

Maybe old fashioned isn’t the way to describe my lax approach. Maybe careless is better. No. I think adventurous is the best word.

“I didn’t hear about you,” I said. I was starting to feel like this trip to the salon was more like a trip back in time to the Spanish Inquisition.

“Stephan!” she yelled, pulling me by the wrist and throwing me into his chair. It was 5pm on a Thursday. The salon was empty and it looked like it had been empty for quite some time.

But I let that blaring red flag slide. So what they didn’t have any customers? So what.

“What I want is simple,” I said, deciding not to show him the 5 screenshots on my iPhone of hair color I hoped to walk out of there with. “I want to be blonde, like I always am. Just toss a little color on my roots and I’ll be on my way.”

His fingers got caught in my knotted hair.

“You can trust me to do just that,” he said, before reaching over and planting his firm lips on the peak of my cheek.

I realize now, looking back, that anyone who tells you that you can trust them is someone you need to run away from, fast.

But I trust strangers more than people I’ve known for ten years. So I shut my eyes, plugged in my headphones and let him do this thing.

Which is why an hour later, when I opened my eyes, looked at my hair in the mirror and saw it was gray, I threw water on my face. I needed to prove to myself I was no longer dreaming.

“Do you love it?” He asked me. But I couldn’t respond. I was foaming at the mouth. I had steam coming out of my ears. My cheeks, the ones he had kissed just 60-minutes ago, were the color of fresh watermelon.

Maybe I would have laughed at this…this gray hair situation if it was any other Thursday. I would have said, Stephan, darling, what kind of mistake did you make? Fix it, please.

But the salon was closing in 10 minutes and the next day I was going to meet my boyfriend’s parents for the first time and a few days after that I was going to my high-school reunion.

There wasn’t any time to fix this mistake.

Ever since I moved to NYC, I started doing this thing where when something was bothering me, I would tell the problem to 3 strangers.

That night, it was the cashier at Duane Reade. A semi-drunk girl in the elevator, who just went to the Justin Bieber concert. A lady on the corner of 3rd avenue, walking four dogs at once.

I was hysterical when I told the cashier what just happened. I was angry when I told the semi-drunk girl. I was calm and ready to move on when I mustered up the energy to repeat the story to the dog walker on 3rd avenue.

You know what I know, what I see, what I feel when I do this? That we are all , oddly enough, somewhat the same. So simple. So in need of something not always so obvious.

We don’t want advice. No, we hardly ever listen. We don’t want sweet words of encouragement to flow through our ears. We cant even begin to hear that when something is suffocating us.

We just, sometimes, want someone to talk to. To listen to us.

Someone, sometimes, temporary. Someone whose eyes we’ve never stared desperately into. Someone whose smile is foreign, yet reassuring. We just don’t want to feel so alone, because then we find, we don’t feel enough. Anything, we tell a stranger, once, twice, three times, becomes, almost, something we can easily then deal with ourselves.

So maybe that’s it. Maybe I have finally learned to trust strangers with my secrets, not my hair.

It’s just hair. It’s just a mistake. It’s just something I learned to move on from.

Above is my campaign ad for when I ran to become a college senator at UCF in 2007. “When I was a boy I…