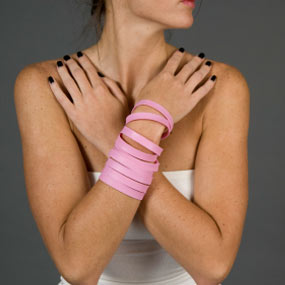 “Tell your heart that the fear of suffering is worse than the suffering itself.”– Paulo Coelho

Four months ago, I felt a bump on the left side of my breast– let me end this part of the story by telling you that I’m okay, and it turned out to be nothing serious.

Four months ago, I discovered it due to a bundle of pain that began to haunt my left side during a certain time every month, but I didn’t tell anyone. I would look myself in the mirror, take a deep breath as the butterflies swam a 100 meter race from my stomach to my heart and then belly flopped back again. I told myself maybe next month I won’t feel it and if so, I’ll wait to say anything until then.

I didn’t want to do anything, say anything, act any way out the ordinary because this was all part of my nonsensical and very immature plan that if I ignored this bulge,  it would go away.

Except that our fears don’t disappear like that. They make themselves ever so present, clinging on to our sides and creepy-crawling under our beds at night, waking up with us in the morning with balls of mascara crust in their eye sockets and tangled hair, looking worse and bigger than they did the night before. All until one day, we are forced to look at them face-to-face at some overpriced, couture dinner party and have a stern chat with them.

This year became the second year I had the remarkable opportunity to write feature stories on courageous breast cancer survivors for a magazine in Florida, and aside from teaching me that breast cancer wraps it’s arms around all types of women’s, in all shapes, fancying all ages–even 20-somethings and 30-somethings, it reminded me once again that we have to know our own bodies.

The common denominator with every interview was how each of the women told me that it’s important to know yourself, better than anyone else–even doctors. When you feel, when you think, when you get the tiniest inkling that something may be wrong, go get it checked and if you’re gut is screeching after, get a second opinion. If there is one more thing we all need to add to our daily crowded to-do list, it’s to be aware of any changes in our health and our bodies and address them.

It’s always the month of October when we are reminded of the haunting reality that breast cancer still exists and locks arms with far too many men and women every year. And while this year, it’s also a month where two well-groomed politicians are under the spotlight debating the rights of our bodies, it’s a time when we must make an oath and a clear-minded promise to ourselves that we will listen to our bodies, and always fight for them.

I was pathetic, naive, stupid (and about two more pages of adjectives) for waiting four months before I opened my mouth up and admitted I felt something odd. I chewed chunks fear and swallowed “what if’s” because I was afraid. This secret bump that was marking it’s territory on my left side, opened up conversation with others around me to find out that having lumps or bumps on your breast is a common thing that definitely needs to be checked. What we may think is obscure and strange, sailing across our hearts as our biggest fears, can be answered if we do something about it. Peace of mind is priceless.

My friends, don’t underestimate your gut and when you feel, see, think something is wrong, put a leash on the problem and drag it to be examined.

A NOTE TO READERS:

I started this blog over a year ago to try to persuade my readers to embrace and love themselves for the gorgeous chaotic people that they are and to relate via my awkward and wacky mishaps and situational observations. However, this week I decided to get a little more personal in hopes that all who read this post will digest the message to stay smart when it comes to your health. Don’t sulk in worry when you can mosey on over to a doctor or speak to a parent or a friend.

Know that you are strong, you are brave, and you are beautiful. Never turn your back when it comes to your health.

Feel free to shoot me some mail: JenGlantz@gmail.com and don’t forget to subscribe by typing your email into the magenta box on the right. That way once I press “publish”, my weekly posts will float their way right into you inbox.

This is my 4th year in New York City. Before I moved here, I figured I would last only 4 minutes. I booked a one-way ticket, but…